The Demo's New Space in the Grove: First Look 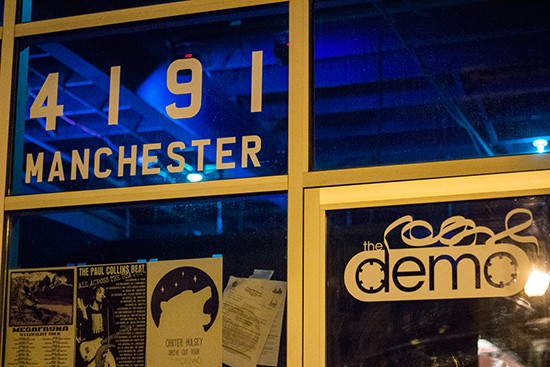 Last week the Demo (4191 Manchester Avenue) officially opened the doors at its new location, just down the street from its original space attached to Atomic Cowboy (4140 Manchester Avenue; 314-775-0775). RFT Music stopped by one of the music venue's debut shows to get a look at the room.

See also: The Demo Announces Move to New, Larger Space in the Grove with a Full-Service Bar 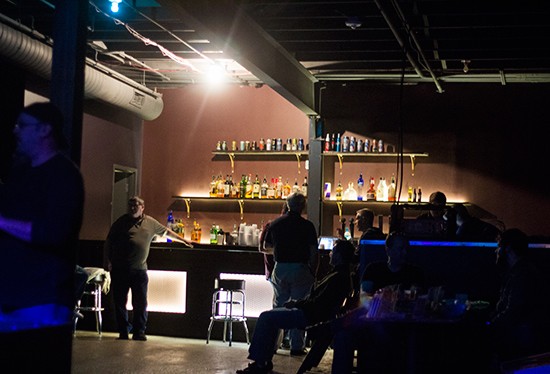 The shiny new show space sits directly to the right of recently established tour-de-force the Ready Room (4195 Manchester Avenue; 314-833-3929), separated by a lone hot-dog vendor schlepping grub on the sidewalk during busy nights for shows.

As promised, this incarnation of the Demo bears resemblance to the original, retaining its higher-set stage, dark walls and shotgun-style layout. We dropped by a concert featuring the Keneally-Bendian-Lunn trio, a group whose collective resume includes playing with Frank Zappa, Dethklok and Cecil Taylor. 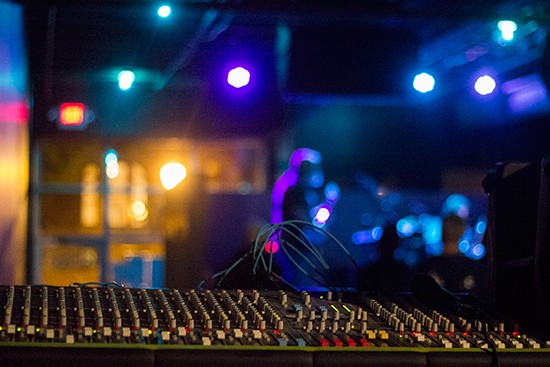