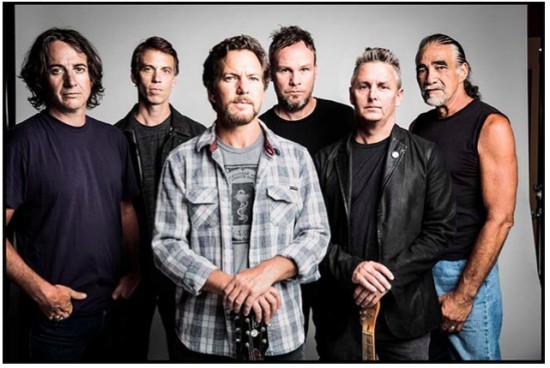 Over the years we've pouted as Pearl Jam announced tour dates in other cities again and again. Sure, Eddie Vedder had that fabulous gig with Glen Hansard at the Fox a couple of years ago, but St. Louis hadn't seen full-band Pearl Jam since early 2010. Was the Gateway City simply in Pearl Jam's permanent rearview mirror?

Fret no more, St. Louis: The stalwarts of grunge will return to Scottrade Center Friday, October 3. Tickets go on sale for the public at 10 a.m. this Friday, May 30, at the Scottrade box office and all LiveNation/TicketMaster outlets, but a special presale for current Pearl Jam Ten Club members is happening now.

See also: Everything I Need to Know I Learned from Pearl Jam

Pearl Jam is mounting a ten-city fall tour around its headlining appearances at the Austin City Limits Music Festival, concentrating on middle-America locations such as Tulsa, Memphis and, of course, St. Louis. The band released its tenth studio album Lightning Bolt last fall, and after debuting at No. 1 on the Billboard Top 200 chart, it's still going strong.

Vocalist/ukulele guru Vedder last hit St. Louis in 2011 for a solo performance with Oscar winner Glen Hansard of the Frames and the Swell Season.

Minutes after that stunning performance at the Fox, Vedder hoofed it over to the Pageant to join Elvis Costello for a rendition of the Who's "Substitute." July 1, 2011 was a hell of a night for rock royalty, folks.

Before that magical night Pearl Jam played a packed Scottrade Center in 2010, promoting its Backspacer album, playing plenty of hits and delighting fans with several rarities. Until that show, PJ hadn't been in St. Louis since 2004. 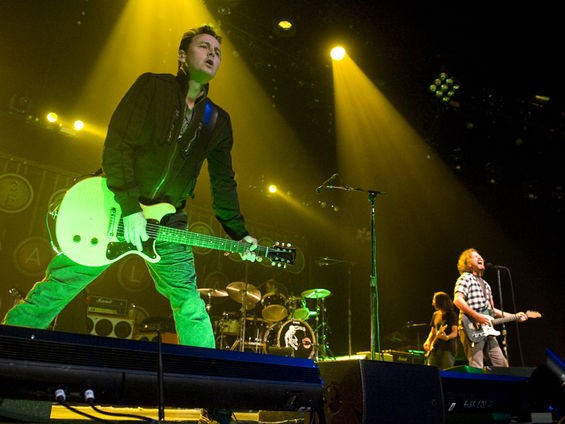