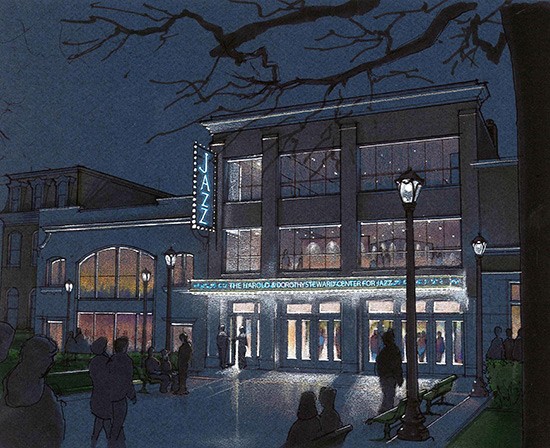 Jazz fans: Prepare your jazz hands. Last week, Jazz St. Louis -- the nonprofit organization behind Jazz at the Bistro (3536 Washington Avenue; 314-289-4030) -- announced a $10 million capital campaign for a complete redesign, featuring a brand-new facility dubbed the Harold and Dorothy Steward Center for Jazz. Doors close for construction in early June, and a debut concert in the new space at 3540 Washington Avenue is slated for October.

In addition to a new state-of-the-art live performance room, the expansion will also house a jazz-education center, bar/lounge and staff headquarters. Each year, the Jazz at the Bistro concert series presents more than 270 performances. The capacity in the upgraded live performance room will jump from 150 to 220, with intentions to double the club's attendance by 2017.

"I think it's going to bring in a lot of people that don't normally come to jazz clubs," says Jazz St. Louis executive director Gene Dobbs Bradford. "Having a venue that St. Louisans take pride in will enable us to reach beyond our existing audience and attract people here in our community as well as tourists coming in for a uniquely American experience."

More than $5.8 million of the project funding comes from leadership gifts from David and Thelma Steward, John and Alison Ferring, Centene Corporation, Ken and Nancy Kranzberg, Emerson and the Jazz St. Louis Board of Directors, with the remaining $4 million to be raised during the public phase of the capital campaign.

The expansion includes the purchase of the club's current building as well as the former Greenberg Van Doren Gallery building next door, lending an additional 15,000 square feet to the already 10,000-square-foot space. New features will include practice spaces and large rehearsal studios, as well as the technology to record and stream live performances across the globe.

"The live performances are our legacy, and if we're not recording it, we're losing that," says Bradford. "We want people around the world to think about St. Louis as a strong, thriving center of jazz activity. This gives us the opportunity to show people on the other side of the globe what we do here."

Jazz St. Louis brings in acoustician Sam Berkow, who has designed spaces including Jazz at Lincoln Center in New York and SFJAZZ Center in San Francisco, to optimize the venue for live sound. Local contractors include Lawrence Group, Jamieson Design and BSI Constructors. The venue intends to continue offering food as part of its experience.

The final show in Jazz at the Bistro's current space will be May 25, a tribute to MAXJAZZ Records' late Rich McDonnell. The new jazz center will debut on October 2 with a performance from Pulitzer Prize-winning trumpeter Wynton Marsalis.

For more information, check out the Jazz St. Louis website and Facebook page. More as we learn it.

Click through for more previews of the Harold and Dorothy Steward Center for Jazz. 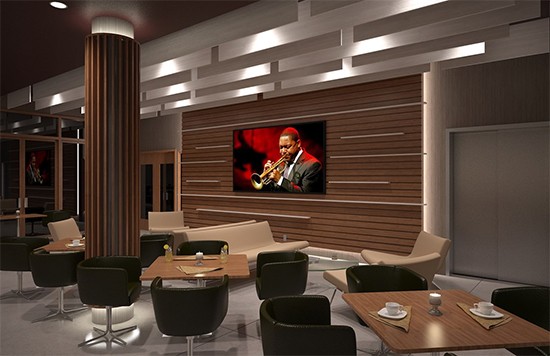