How Do I Stop My Bandmates From Hooking Up? 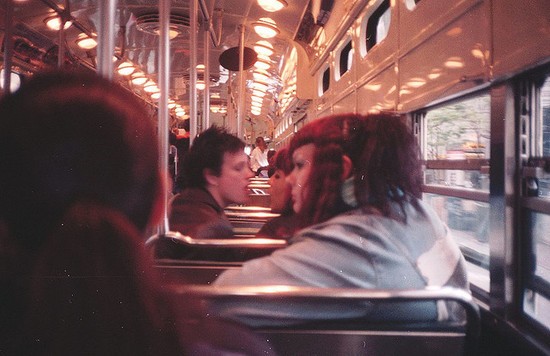 Dear Fan, I think the bassist and singer in my band might be "dating" behind our backs. I've run into them late at night at bars, drunk and flirting with each other and making excuses about how they ended up there. I'm against extracurricular activities that might disrupt our band since we are cutting an album and gigging a ton. Do I have a right to tell them to knock it off? It's the hooking up part that seems like it could end poorly. Should I wait it out to see if turns serious? We have put years of hard work into the band already; the bassist is a new addition to the line-up. I don't want anything to screw up our chances of a career. Corey

Corey, This is one of those things that can happen when bands are in close quarters, spending a lot of time together. This bassist is the fresh meat, so to speak. New people and new dynamics often spark this sort of thing, and shared experience of being passionate about a project can inflame things. Which is not to say it's inevitable, but it happens.

Before you lay down any ultimatums of band-before-bootycalls, talk to your singer privately and ask point blank what is going on. Voice your concerns in a direct way that if them messing around (or even being in a committed, "serious" relationship) goes south, that it would mean the end of your band. Just see what they say. A good answer would be that they have talked about it and will try to not let it interfere with the band. Bad answer is the singer saying it's just a fling, or it doesn't mean anything -- anything that indicates there has not been any sort of discussion. And who knows, maybe knowing they have been found out will fizzle the illicit thrill of sneaking behind the back of the rest of the band. They are grown adults, so even if you lay down the law about how they need to stop freaking, it's unlikely that'll do much of anything. Who knows? Maybe their romance and break-up could inspire their best work, a la Fleetwood Mac's Rumours.