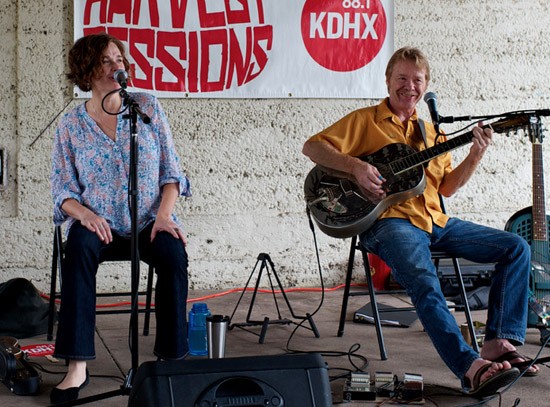 In this week's print edition, senior RFT Music writer Roy Kasten profiles the latest project by veteran blues guitarist Tom Hall and St. Louis ex-pat Alice Spencer, who perform a handful of shows in town this week. Going under the name T&A (a moniker they first used for occasional gigs in Soulard in the '90s), the musicians, who first worked together (and continue to do so) as part of the Geyer Street Sheiks, stretch out from classic blues and jazz material into covers by songwriters like Randy Newman, whose "Last Night I Had a Dream" is one of the highlights from the duo's new album "The Kitchen Record."

Stream the song and read what Spencer has to say about it below.

"I don't really know why I thought that would be appropriate for us," Spencer says. "We wanted to branch out from from what we were doing with the Sheiks, all the old stuff. And Tom and I both love Harry Nilsson and Randy Newman. We started throwing those songs into the mix. I don't know why that one stuck. That whole album Sail Away by Randy Newman, I just loved it. I think I was five years old when my brother gave it to me for my fifth birthday. I think that little ragtime part in the middle really suits Tom's playing."