Win Tickets to See Manchester Orchestra This Sunday at the Pageant 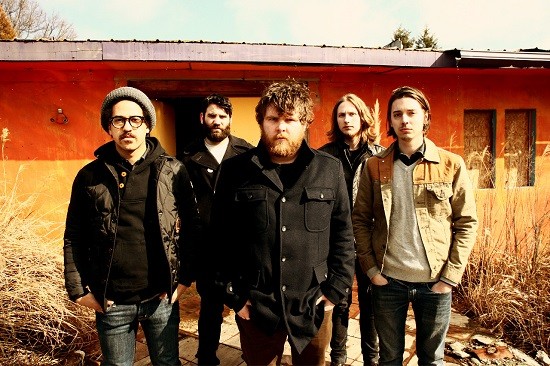 Atlanta indie-rock outfit Manchester Orchestra will be performing at the Pageant this Sunday, and RFT Music has two tickets to give away!

To win, simply tell us why you deserve to go. Be creative! You may enter in the comments below -- make sure you include some way of contacting you, as well as your full name so you can pick up your tickets. We will contact the winner by 5 p.m. Sunday.

RFT music scribe Scott Heisel had this to say about the band, in this 2011 critic's pick:

In 2009, Georgia-based unit Manchester Orchestra put out the best rock release of the year with Mean Everything to Nothing. It's a tight, concise record, indebted to classics like Weezer's Pinkerton and Nirvana's In Utero, yet sonically adventurous à la Radiohead's OK Computer. Like many great albums, it went unappreciated and downright ignored by much of the record-buying public. The band has returned with Simple Math, a grandiose, sprawling album with string sections, children's choirs and guitar solos out the wazoo. Odds are, it will be the best rock release of 2011. This is your cue to buy the fuck out of it and tell all your friends. Because if we don't support quality musicians like Manchester Orchestra, all we're left with is Hinder. And nobody wants that.

Simple Math, by the way, wound up being massively successful for the group -- the highest-charting album of its entire career.

The band's latest, April's Cope, has seen similar praise from critics. Check out the album's lead single, "Top Notch," below: