The Demo Annouces Move to New, Larger Space in the Grove with a Full-Service Bar

In February 2013 the Demo (4144 Manchester Road) opened in the space connected to Atomic Cowboy, formerly known as the Fox Hole. This month, the collaborative concert venue will move further west in the Grove to a new, independent space at 4191 Manchester Road.

See also: The Demo: Management from the Firebird and Lola Team Up on New Venue

"Honestly, a combination of things sparked the move," says Jacob Snyder, an acting operator along with Brandon Cavanagh of 2720 Cherokee and Mike Cracchiolo of the Firebird and the Ready Room. "We were renting our space from Atomic Cowboy. Last year, they upgraded their patio exponentially, and that will be a huge focus for them during the warmer months. Obviously, there would be some complications with scheduling an indoor show at the Demo and an outdoor event at Atomic Cowboy."

"By moving locations, it allows both parties to work on their focus and passion," he continues. "Also, we feel that stepping out to act as a more individual party will allow us to execute more creatively and effectively. We're very grateful for all of the assistance Atomic Cowboy has provided and we definitely acknowledge the role they played, but the move is best for both of us." 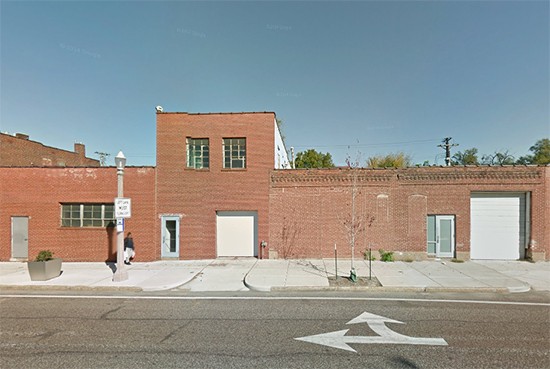 The new space, a former warehouse, is just 318 paces down the street from the Demo's original location, and it will increase the venue's current capacity of 120 to 200. Additionally, a larger stage and more open viewing space will include a small courtyard to the side of the venue. Through the move, specific elements of the venue's identity will stay intact.

"We're making a point to keep the higher stage, dark walls and shotgun-style layout," says Snyder. "I think this space will allow us to put a more personal touch on the interior. Both Brandon and myself are big whiskey fans -- perhaps I should say 'cocktail fans' to stress the vast appreciation of spirits. We have plans to incorporate barrels into our furniture and even the sound dampening of the room."

The Demo's bar will also take on a substantial upgrade from its former state, he says. One local draft-beer line will increase to five, with two draft cocktails and three spirits also on tap. The venue's growth also means room for special events, including pop-up restaurants, cocktail events and beer dinners.

During its transition the Demo intends to maintain its calendar of eclectic music programming. Its hours of operation, however, will change. Until further notice, the Demo will close at 1:30 a.m. Additionally, daily, full-bar service will be available from 4 p.m. to close, regardless of content. More as we learn it.