Why I Can't Take "EDM" Seriously

I love electronic music. I love the sound, the artists, the parties, the people, the scene -- in fact, I'm into pretty much everything about this particular genre of music. But there's one thing about electronica that I'm really, really not into. At all.

Some of this sentiment might be attributable to old-school sentimentality. I am yelling at the kids to get off my lawn. I acknowledge that.

But there are reasons for my dislike that transcend the fact that I'm a crotchety old raver. 1) It's inaccurate. 2) It's really only used in the United States. 3) It's used mostly by people outside the scene to describe music they don't really understand.

I started listening to electronic music in the late '90s. Back then, people used another blanket term for electronic music: techno. This wasn't a sustainable descriptor, mostly because techno is a specific sub-genre of electronic music -- it's kind of like referring to all rock music as "metal."

Those of us who were listening to it, though, typically didn't refer to it as "techno." We used the names for the specific sub-genres -- house, drum-and-bass, garage, trip-hop, etc. -- or we talked about music in the context of a specific event.

Sometimes, you'd hear people talk about "dance music" when discussing the rave scene during that point in time. This is how Europeans were referring to electronic music, and it was considered self-evident that the dance music in question was electronic -- what other kind of dance music was there, really? In Europe today, most people still use the term "dance music," and they consider the "EDM" term to be uniquely American (and, judging from how different European artists have used the term when I've talked to them about the scene, they also seem to think it's rather quaint).

Things changed as the genres gained popularity in the United States. A few years ago, around the mid-2000s, electronic music became much, much more popular, and a new blanket term to describe it was generated: EDM, which stands for "electronic dance music."

You might be wondering by now what my big issue with the term is. After all, EDM isn't that far removed from "dance music," and we have to call it something, right? 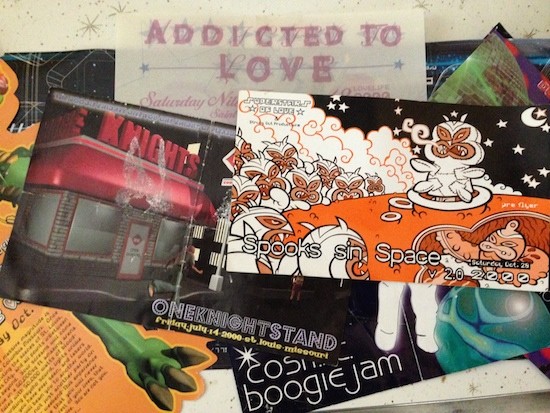 There are several reasons for my hatred. First EDM is not an accurate description of the vast variety of electronic music that's widely available. For example, I listen mostly to trip-hop and downtempo, which are chill-out genres not designed for dancing. Why would you call something EDM when it's not really dance music at all?

Second, EDM is a term that's used exclusively in the United States. I think it makes us look a little bit silly and parochial to the international music scene.

Finally -- and this is my own personal bias -- I associate the term "EDM" with...well, bros with frosted hair and wifebeaters who hit the clubs on the weekend so they can drink to excess and mack on scantily clad women. It reminds me of The Jersey Shore's Pauly D and the type of people who would call the shlock that he spins "quality house music." It reminds me of people who go to parties to see, be seen, get high and make out with strangers, not to listen to the music. It's not a term I've ever heard a DJ or promoter use -- it's reserved for people who don't know much (or anything at all) about electronic music but need a quick way to classify it.

What would be better, in my opinion, is to use the terms of each specific genre when talking about that type of music. Techno is techno. House is house. Dubstep is dubstep. Garage is garage. As the genres continue to evolve, I think the parallels with rock become more clear -- first we had rock 'n' roll, and then, as the style of music matured, we had different flavors nestled within that descriptor. Folk rock. Psychedelic rock. Glam rock. Punk rock.

Most people wouldn't describe Metallica as a rock band. Nor would they describe John Mayer as a rock artist. As the style has grown and changed, each sub-genre has become a genre in its own right.

I think that's what's happening to electronic music. But until we reach the point where mass consumers of music media can identify the differences between house and techno, drum-and-bass and dubstep, I'm going to keep on calling it "electronic music."