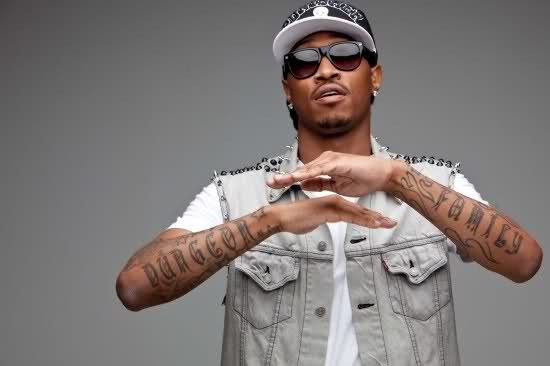 It seems like musicians really do prefer releasing new music as the temperatures rise. From the local and sort-of local to the definitely not local, come out and get down with these rappers as they celebrate their album drops this month in St. Louis.

Though he's been around for a minute, Tech N9ne proves that he still goes hard. Tech's Independent Grind tour is coming through St. Louis in early May, bringing the talents of Freddie Gibbs, Krizz Kaliko, Jarren Benton, and Psychward Druggies. This year, his prolific discography continues to grow with his fourteenth studio album Strangeulation dropping during his tour, on May 6, with features by Strange Music label-mates Krizz Kaliko, Rittz and Murs. Tech's fifteenth studio album Special Effects is also slated to drop in 2014.

While Freddie and Jarren deliver more on the hardcore street raps, and Krizz offers us a similar chopper style as his mentor Tech N9ne, Psychward Druggies mix it up with a live band and female singer. But the real question is, y'all ready for Tech N9ne's quintessential chopper style rap?

St. Louis rapper Tef Poe is celebrating the release of his latest album Cheer For The Villain, with a lineup that showcases the strength of the local St. Louis music scene. With music by Tech Supreme, Brock Seals and Baton Rouge native Marcel P. Black -- and special guest appearances by Theresa Payne, Mai Lee, Nick Menn, Rockwell Knuckles, Indiana Rome, Aloha, Corey Black, Black Spade, and Family Affair -- this true celebration of St. Louis is not to be missed. Time to turn up with the St. Louis family.

Hailing from Bowling Green, Kentucky, Nappy Roots isn't your typical Southern rap group. The quartet definitely falls on the alternative end of the hip-hop spectrum, incorporating instruments like guitars and strings into their sound. After signing to Atlantic Records in 1998, the group's 2002 album Watermelon, Chicken & Gritz went multi-platinum. However, the group soon severed ties with Atlantic and went independent, starting its own label, Nappy Roots Entertainment Group, in 2003. Arrive on time to catch the opener for these Southern-alt-hip-hop OGs, none other than St. Louis' DJ Needles.

Illphonics is ready to bring the heat back to St. Louis with Indianapolis' the Native Sun and Kansas City's the Phantastics. A St. Louis institution since 2006, the band has successfully been able to blend rap vocals with live music instrumentals, such as guitar, bass, drums and horns. Since the release of 2013's self-titled sophomore album, Illphonics took to the West Coast -- California in particular -- to spread their brand of hip-hop fusion. Get there early to catch the openers as well.

Coming up from the trap music mecca known as Atlanta, Future came on to the scene in 2009, only finding modest success through a few mixtapes before being signed to Sony's Epic Records. Getting signed both allowed Future to launch his own imprint Freebandz, and work on his freshman studio album Pluto. Now, Future is on his Honest tour, celebrating his sophomore album Honest with singer and Milwaukee-native Rico Love and fellow rapper and Atlanta native Que.