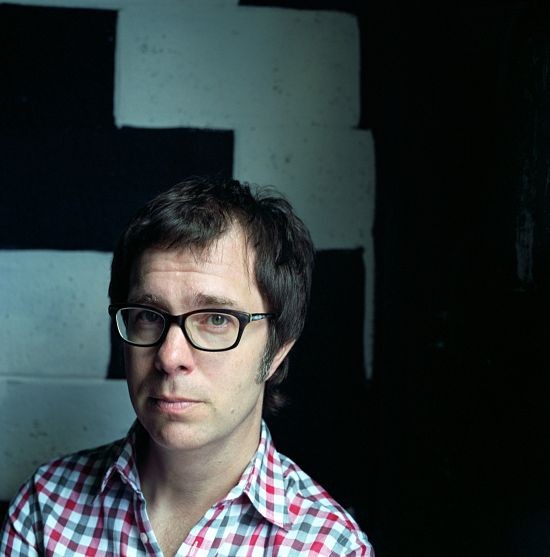 In this week's print edition, renowned pianist and songwriter Ben Folds makes the case that going on a date at the symphony is akin to foreplay -- that the atmosphere is a perfect prelude to a little bump and grind. We could say that about many musical endeavors. After all, music and sex have been intertwined for a very long time -- well before Robin Thicke and Miley Cyrus pantomimed the nasty at the Video Music Awards or Elvis Presley had his gyrating lower half cut off from the Ed Sullivan Show.

But there's certainly something about a live orchestra that inspires a rush of blood to our private parts, so as we set out to review Folds' second of two nights with the world-class St. Louis Symphony, we decided to track which songs created the biggest stirrings in our loins. Spoiler alert: we didn't have to fake a damn thing.

See also: Sex and the Symphony: Ben Folds Explains Why Orchestral Music is the Best Aphrodisiac

Oh, flutes, how you made our heart flutter! The St. Louis Symphony woodwinds really stood out during "Landed," following each of Folds' verse lines with an echo that drew out his emotion further and further. The song grew more layered with brass, cymbals and an eight-person choir building up to a fabulous crescendo while strings tugged, reminding us not to float too high just yet. But oh, how we wanted to.

Verdict: Glowing like the metal on the edge of a knife.

About three quarters through his evening with the St. Louis Symphony, Folds stood up from his piano and made a passionate plea for the audience to continue to support symphony orchestras. Folds recounted the focus and purpose that taking up percussion in the 5th grade had given him, applauded the true harmony that orchestra members attain as a collective and then complimented SLSO as one of the best in the world. "These are 60 of the most talented people you'll ever see in your life," Folds said. "We need them more than they need us."

Whew. As former band nerds, we drooled over everything Folds said. But then Folds quickly assigned three-part harmony to the audience for "Not the Same," and we became completely smitten. Singing anything whatsoever gives us all the feels, but harmonizing with 3,000 other people who knew exactly when to make their "Aaaahhhhhs" rise was simply electric.

Verdict: We wanna go south and get us some more.

Folds' brain for holistic composition already was on clear display in "Narcolepsy" from 1999's The Unauthorized Biography of Reinhold Messner with Ben Folds Five, and his recent retooling of the song for orchestra use has made this gem even more outstanding. SLSO added a wonderful dreamlike -- and, at times, appropriately and evocatively nightmarish -- haze to the song with thunderous rattles and unexpected clashes.

As we listened to the interludes of both rumble and reflection under perfectly synced flashing lights, our mind created movies of love, of loss, of amusement and of hell, speeding our heartbeat and bringing us to the brink of grabbing someone to share whatever the heck it was we were feeling. As the tune ended, we were kind of panting.

Verdict: Let's get it on.

How many bands can create a song within seconds and blend all of the pieces together in the most harmonious way without any practice whatsoever? Ok, now how many of those bands have nearly 100 members contributing at once? People, it just doesn't happen -- that is, unless you're Folds and a damn fine orchestra.

It was because of SLSO's talent and Folds' direction that the always-impromptu "Rock This Bitch" was such a success. Continuing his tradition of making up a song at just about every performance since 2002, Folds shouted out keys and tempos to the harpist, cellists, saxophonists and members of other orchestra sections, urging solos and then reining them all in with wacky lyrics. "We're makin' it up, y'all," Folds sang as he stood at the piano, pounding the keys like Jerry Lee Lewis did back in the day. "They said it couldn't be done, y'all!" Witnessing some of the most talented musicians in the world create and refine something from nothing -- and with obvious joy flashing across their faces -- was stunning and intoxicating. Our body was burning with admiration and desire.

Verdict: Smack it up, flip it, rub it down.

Intelligence, creativity and joy are three traits that make us purr, so we practically were growling aloud once Folds introduced the new concerto for piano and orchestra that he had been working on for more than a year. Despite being known for short pop songs, Folds grew up nurturing his affection for classical music, which clearly was on display in his long-form composition.

"The orchestra frequently enters the rock world, so it's only fair for me to try to enter their world," Folds told the audience. "And this [SLSO] is a really great orchestra. You might think that I say that about all the orchestras I work with. I do not, and you can go to YouTube and find that out."

Expertly arranged with all orchestra sections in mind, the concerto felt like a love letter to many musical styles ranging from Broadway to rock to chiptune, and SLSO was up for the challenge. Folds' opus opened with brooding strings, a wallop on the drum kit and a cymbal crash before adding more strings and moving into something that might easily fit into Disney's Sleeping Beauty or Fantasia. Folds' piano contributed a low, minor bassline straight out of Super Mario's dungeon, while pounding on a metal sheet brought some evil thunder.

The piece then picked up elements of '30s jazz and old Hollywood glamour, later combining with bells and xylophone for some trolley sounds from Mister Rogers' Neighborhood. By this point, Folds was standing up, slamming the piano keys and stomping the pedals while SLSO conductor Steven Jarvi used his arms to weave a mesmerizing dance for the musicians to follow. Timpani thumped lightly and cellos lifted the piece out of the seductive darkness.

And then came the end, a sweet violin-focused piece that recalled "Through the Eyes of Love" from Ice Castles and baited us with hope before slamming us with more timpani and cymbals in an operatic death. The concerto -- which was just begging to be paired with dance -- was one hell of a ride, expertly driven with teases and caresses. The emotional sonic rollercoaster left us sweaty and feeling like we'd just had an all-night session of the best sex of our life, and Lord help us, we're already salivating for another round.

Verdict: Give us a cigarette. Or ten.

Leaving St Louis. Thanks for being so good to me @slso St Louis Symphony one of the true great orchestras http://t.co/i9U9PxDHwg