Tok's ability to write a killer rock song is matched only by its members' outrageous sense of humor. On April Fool's Day, for example, the band announced a new partnership with Taco Bell, and a subsequent name change for the group (Tok-O-Bell). Most bands would have been content to leave the joke at that, but the brothers Basler kept hammering away at the gag all day long, releasing songs with re-written lyrics (now focused on the virtues of their new sponsor, naturally) and numerous photos of themselves enjoying Beefy Crunch Burritos and Taco Supremes.

That gag was great, but this one is greater. 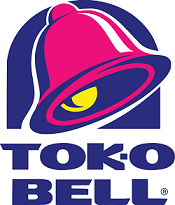 In February, Tok released a music video for its song "Blow" from Gold Dollar Hen House Vol 1.﻿ In addition to Matt and Bryan Basler, who comprise Tok's permanent lineup, there are appearances in the video from several mannequins, as well as Matt and Bryan's dogs (and also a helpful recipe for sesame noodles). Watch that video here.

Along with the video, Tok also shot a "behind the scenes" interview with some of the stars of the film -- the mannequins (that video can be seen here). It was released in February as well.

Then, yesterday, Tok released an interview with the dog stars of the video, Penny and Harrison. And it is hilarious -- has a real "Between Two Ferns" feel to it, and plenty of laughs. It is better if I not hype it up any further, so just see for yourself: