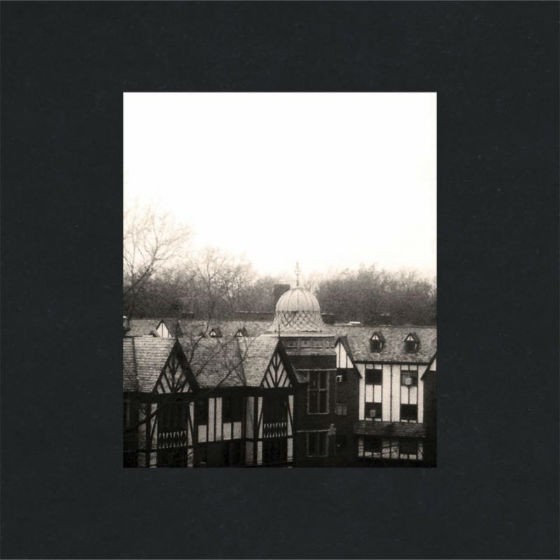 On Monday, I read the following sentence on a popular music website about the new Cloud Nothings album: "The band continues to make powerfully utilitarian music for people who don't seek out this type of music just to be told what to think." I read it over and over again until my eyes rolled back into my head. It is perhaps the most inscrutable piece of music writing ever published, because not only does it imply that some people turn to a band like Cloud Nothings to "be told what to think," it also makes the claim that Cloud Nothings somehow subvert that expectation.

I'm fairly certain when Dylan Baldi was playing back his new album, he wasn't thinking "Yeah, fuck all those people who want me to tell them what to think!" It's the kind of sentence you only write after spending far too much time in tight, circular critic-logic that gets more and more abstracted from reality over time. We've all been there, and we will all pay for our sins, so consider this devotional. The following clichés should be forever eradicated from music discourse. It's not too late to save our souls.

"Grower" There is no word more dishonest in the history of music discourse than "grower." Grower implies you might spend countless hours playing albums you don't really like in a desperate attempt to let it "grow on you." It implies that sometimes albums turn from bad to good, that Merzbow fans pop out of the ground once they've committed enough time, and that you can convince yourself something that "isn't your thing" is totally "your thing."

There's no such thing as a "grower." Good albums should compel and encourage you to listen multiple times. That's a straight-up requirement, not a special subcategory. Nobody returns to something they deem mediocre in an attempt to will it out of mediocrity. Nobody that has a day job, at least. Good albums become great albums over time, but if something sucks on first impression, it will suck forever.

"Victory Lap" "Victory lap" is a term that's used after an artist follows up a great album with a good album. Textbook examples include Graduation, Reign of Terror, Rich Forever and literally anything Lil Wayne has ever recorded. These are all products of creative diligence written, recorded and produced over a period of time, and they're routinely compared to the celebratory tradition of taking one more lap after winning a trophy. So when Pitchfork calls Cloud Nothings' "I'm Not Part of Me" "one hell of a victory lap," what they're implying is that Dylan Baldi wrote a song specifically to commemorate how awesome his album is. Obviously I know that's not what Pitchfork meant, but "victory lap" is such a loose term, it's impossible to interpret it in any meaningful way.

"It's an album with very few weak points." Basketball players have weak points. Dirk Nowitzki can't protect the rim. Ricky Rubio's outside shot is suspect. Dwight Howard can't hit free throws. This is because basketball players tend to aspire to a template that we've all agreed upon. The happy relativity of taste is what makes music fun, and it also makes an expression like "weak points" exceptionally dumb. When you tell me that Japandroids' Celebration Rock is an album with "few weak points," you're assuming that I love overbearing romanticism, a ridiculously excessive guitar sound and Blink-182. Naturally, I do like all those things, but there are plenty of people who don't. Strengths and weak points are practically interchangeable when we're talking about music -- nobody measures a band's vertical.

You won't ever be faulted for simply talking about how a song makes you feel. It's always important to remember that somebody hates Fleetwood Mac for the exact same reasons you love them. Go to a metal show and tell someone you find Lindsey Buckingham's nylon-string guitar to be a "tremendous strength," see what happens.

We as a people will want to tell other people why something is good. We rely on emphasis, which is not a crime by itself, but our laziness always gets the best of us. 99 percent of the time when someone says a guitar sounds "amazingly fast," what we're really trying to say is "that guitar sounds a little faster than I'm generally used to." The words amazing, ridiculous and fantastic exist in almost every music review on the planet, which implies every record in the world does something so profound it blows your mind. We all know this isn't true, but we've settled on those words as our personal shortcut, which means nobody will know how to express genuine astonishment ever again.

"Sonic/Sonically" This is a word that music writers only start using because they see other music writers using it. Think about your fifteen-year old self when you say "sonically, the beats are a little lacking." You would fucking weep for the person they were growing up to be. The moment you start to use the word "sonic" earnestly is the moment you start hating music.