What Happens When a '90s Star Gives Up On His Music Career? 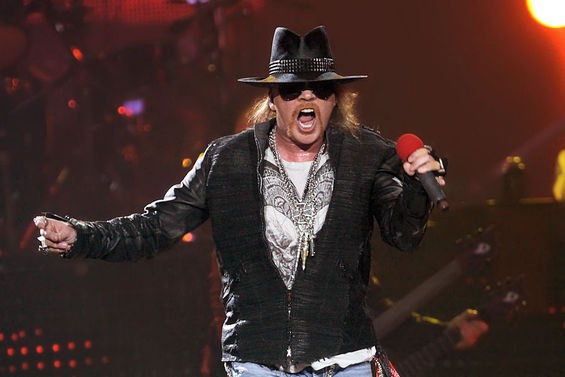 Dear Fan, I am not in a band, but I work in music as a manager/assistant. My goal is to eventually be a full-time manager (without a day job to supplement my income). I get paid a monthly fee rather than a percentage of what my artists make; some months I have more work, some less -- although it seems that the busy months far outweigh the non-busy ones.

It has been particularly frustrating with one of my artists lately. His band hit it big in the '90s, and he hasn't been able to match that success since. He's kind of at a crossroads in his life, but at the same time, he doesn't like to adapt to the changing industry. We'll have meetings and split to-do lists, and he never finishes his part of the list. To top it off, he's broke and hasn't had the money to pay me for the work I've put in for the last three months. I don't think he's lazy; he just has so many projects going on, and he doesn't like doing detail work (stuff I can't do) -- and he has no money-management skills.

I know that managing an artist is like babysitting, but I also work with other musicians that work very hard, and I don't run into this with them. My question is, how do I motivate him? Should I cut my losses and move on?

Dearest Babysitter, Every artist should be so lucky to have a thoughtful, genuinely helpful manager on their side. That said, when I look at the big picture of the issue here, I see two things. One, this guy is very likely unmotivated because he is not seeing any results (it doesn't help that he's not lifting a finger), and as you said, he's flummoxed by the new rules of music making. It's harder work and less money than in 1995. Diminishing returns are incredibly dispiriting, especially if in the not-too-distant past he was skating on a hit. Reclaiming a career probably seems Sisaphysian. Who wants to get down in the nitty-gritty of band management when it seems futile?

Now, normally, I am not one to suffer babymen who expect everyone else to do the heavy lifting so they can live their dreams of being an artist, but what may be happening here is he knows his ride has come to an end. So we must be a little sympathetic, because this is a really hard thing to come up against. He's perhaps paralyzed by the thought of his music-making career being over and what that means. He may not have other skills or interests. He's obviously 20 years deep into investing time and resources into making something happen. And now he's 38-50 and wondering what is the thing that he will organize his life around now and if he just wasted two decades on a pipe dream. That's a harsh toke.

The other less charitable possibility is this: amid his success, he never had to learn to take care of his own affairs, to manage his career. And so it may not be laziness so much as he has always just been left to play the riffs and cash the checks and some 10-percenter has always been there to clean up his messes and shepherd him around. In which case, it seems unlikely you can teach him responsibility or throw some magic carrot before his horse cart that's going to change his mind about his role in his career. Right now, he's treating you like a mommy, not even a babysitter (babysitters get paid). And you are letting him. Three months is long enough where for his sake and yours you need to put your foot down and say he's got pay you everything he owes you before you make another call on his behalf. Letting him skate beyond three months will create resentment, and if he stiffs you it'll be really ugly. You work for free for six months then he sees he can skate with impunity and it's just a terrible precedent; it enables him to continue to be bad with money and not take responsibility. He will count on you working for free by that point. He's an adult--respect him enough to allow him to reap the consequences of his actions. This artist of yours sounds like he has bigger personal issues to work out, and that they are likely spilling out into his professional life. If you are going to work for free, do it for someone young and up-and-coming, some buzz band you can build with. Or a seasoned act who knows the ropes and can make connections and introductions you need to build your career--a situation that benefits you, not sucks you dry. Let this client go--he has to find his own way--and you don't want to throw months or years into trying to "solve" his problems.