Sex and the Symphony: Ben Folds Explains Why Orchestral Music is the Best Aphrodisiac 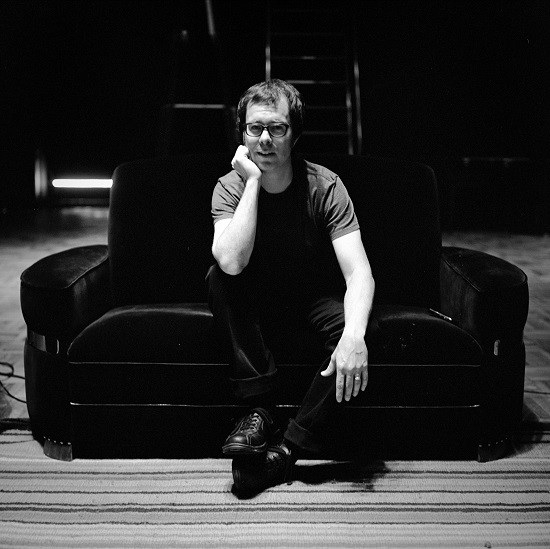 Ben Folds has a notion that may help orchestras around the world draw new ticket buyers.

"People, this will get you laid," the renowned alt-rock pianist declares.

Folds, who performs with the St. Louis Symphony Orchestra April 12 and 13 as part of its Live at Powell Hall series, has made his respect for orchestras known throughout his career. But this idea of chamber music leading to sexytime is new to us.

"It's the best place to take anyone on a date. It's perfect," Folds insists. "It's not loud as shit, you're not talking over each other, you're seated and you can make a move under the program sheet.

"There's a whole set of people who are 30 years old, out there dating, making a little money at work and looking for something to do. The symphony orchestra should be pushing that point," Folds says.

While we're not convinced that the St. Louis Symphony will start handing out condoms with its program booklets, it can't be denied that artists such as Folds are increasing the cool factor of the symphony -- and symphonies are capitalizing on it. Indeed, since launching its Live at Powell Hall series -- a collection of performances that focus on music icons, current entertainers and scores from film and television -- and other special initiatives in 2008, the St. Louis Symphony has seen significant growth in ticket revenue, from $4.84 million in 2008 to $6.57 million in 2013, with more than 39,000 new ticket buyers.

"It's become a significant part of our business, after the classical concerts," says Fred Bronstein, president and CEO of the St. Louis Symphony. "I think we found a lot of what I would describe as pent-up demand."

Bronstein says that the St. Louis Symphony is reaching new audiences and dispelling the notion that music featuring oboes and harps is only for people of a certain age or economic class. To reach more ears, the symphony incorporates pop culture into its new series in a variety of ways, including dedicating entire evenings to the song catalogs of Barry White or the Beatles and performing classical pieces in front of a giant screen showcasing Bugs Bunny cartoons.

"There are many, many different ways to enjoy an orchestra, and they're all legitimate," Bronstein says. "Even though people often think of the orchestra as this classical-music vehicle -- and certainly there's this phenomenally rich history of music -- in reality, the orchestra has evolved."

Plenty of artists have performed with orchestras worldwide -- Deep Purple seems to have started the trend in 1969 with the Royal Philharmonic Orchestra, and the Indigo Girls will sit in with the St. Louis Symphony Orchestra on May 31 -- but it's Folds who has most successfully and visibly melded the rock and symphonic worlds together. Since Folds first played with the West Australian Symphony Orchestra in 2002, he has dazzled audiences by performing with 50 to 100 orchestras around the world (he's lost count), all while ensuring that the symphony isn't simply a bit player in "The Ben Show."

"I was a little resistant at first, because I didn't like how rock bands sounded with orchestras," Folds admits. "But the orchestra is the rock band, and my songs are scored so they work with them. That's why I believe it works so well. The orchestra shouldn't be relegated to playing whole notes while rock stars make noise and look good." And though the symphony members love performing their traditional pieces, they get an extra buzz when playing some of the more pop-oriented tunes.

"One of the things that's really true about an orchestra is that these musicians -- though they're highly trained, classical musicians -- grew up listening to and playing all kinds of music," Bronstein says.

Phil Ross, who plays the oboe with the St. Louis Symphony, was onstage with Folds during his 2011 sold-out performance at Powell Hall. As a long-time fan of Folds' music, Ross says that Folds brings a different kind of excitement to the venue.

"You can't go wrong when you bring in a big star like Ben Folds," he says. "It's a different crowd than what would come to the classical stuff. What we want to do is excite them into saying, 'Hey, this is really pretty cool.'"

For the St. Louis shows, Folds will bring with him a new piano concerto that he debuted with the Nashville Symphony Orchestra in March. But while the piece has its roots in classical music, Folds surely will add some rock & roll to the performance, reminding us that orchestras have more vibrancy than the public sometimes gives them credit for.

"They used to play the pop songs of the day, and people were talking, people were drinking. It was not always like what we've turned it into," Folds says. "Let's get less formal, be more of a part of life in this century and stay stubborn about the quality of music.