The Ten Best Concerts in St. Louis This Weekend: March 28 to 30 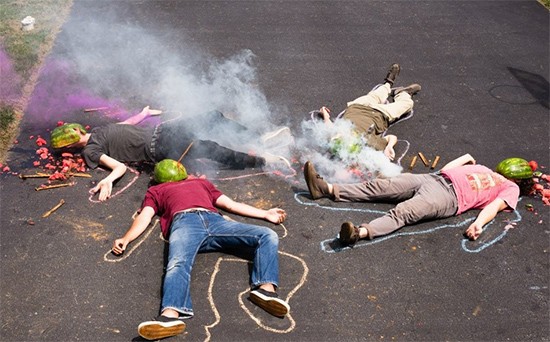 This weekend marks the ten-year anniversary for Belleville's music-filled Herstory Weekend as well as local punk band Scene of Irony. St. Louis also gets two different tribute shows over the next couple of days: a Tribute to the Byrds at Off Broadway and a tribute to Shel Silverstein at the Gramophone. Read about all these shows and more in this week's top concert recommendations.

Eight Miles High: A Tribute to the Byrds w/ The Aching Hearts, The Blu Skies, Brothers Lazaroff, Diesel Island, The Lettuceheads, The Love Experts, Magnolia Summer, Rogers & Nienhaus, Rough Shop, The Trio Project, The Trophy Mules @ Off Broadway 7 p.m. & 10 p.m. | $12-$28 You've been to a tribute show at Off Broadway before, right? So you know to expect top-notch local talent performing classic songs, surrounded by friends. Who couldn't love that? (DH)

Matt Wynn CD Release w/ Clockwork, Coyote Union @ Blueberry Hill 9 p.m. | $7 This guy made it to Hollywood on American Idol, but not much further. He has a great voice though -- pick up his debut album at this show. (DH)

Also on Friday night, consider heading over to the Demo to catch the unstoppable antics of Peelander-Z. For another option this evening, Apop Records hosts Okoiucho, the duo of Darin Gray and Chris Smentowski performing live improvisation to accompany Polish short films. Click the links for more info.

The Freakers Ball: A Tribute to Shel Silverstein w/ The Jason Vargas Music Project, Cree Rider Family Band, Typewriter Tim, The Hobosexuals @ The Gramophone 9 p.m. | $7 This ode to the late, great poet features music, poetry, a costume contest and "other tomfoolery." We're not exactly sure what that entails, and there's only one way to find out: Head to Where the Sidewalk Ends. (MS)

Also recommended by our critics for Saturday night: Drive-By Truckers at the Pageant and the Districts at Off Broadway. Click the links to read the previews.

Johnette Napolitano @ Blueberry Hill 9 p.m. | $22.50/$25 Johnette Napolitano is the singer for that old '90s band Concrete Blonde. She also used to have a side project called "Vowel Momement," which is both gross and awesome. (DH)

Reckless Kelly also performs on Sunday night at the Pageant.