Dave Brockie -- best known as Oderus Urungus, lead singer and founding member of the shock-rock /heavy metal group Gwar -- was found dead in his home last night by a roommate. Brockie was 50 years old. The news was first broke by Style Weekly.

"At approximately 6:53 p.m. on Sunday, Richmond Police were called to a residence in the 4800 block of West Seminary Avenue for a report of a deceased individual," Richmond Police spokeswoman Dionne Waugh confirms. "When officers arrived, they found David M. Brockie, 50, deceased inside the home."

Police do not suspect foul play at this time. The Richmond Medical Examiner's office has not yet released the cause of death. 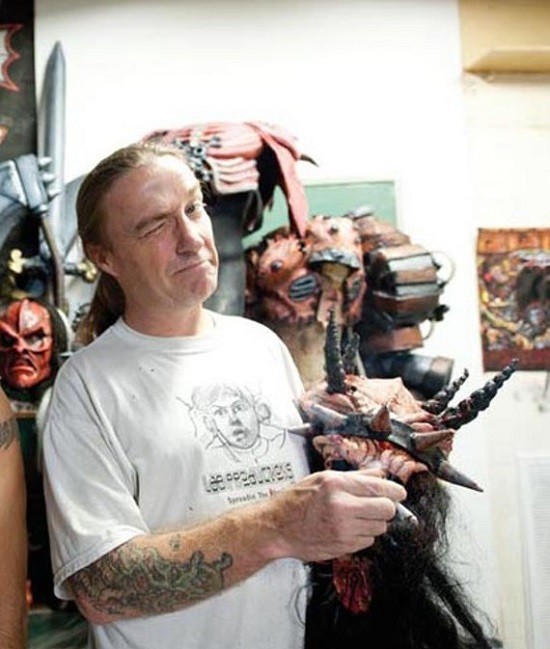 Brockie founded Gwar in 1984 with four fellow Virginia Commonwealth University art students, and the band quickly built a reputation for shock and humor with its elaborate costumes and over-the-top live show. Worldwide recognition and international acclaim would follow in the decades since. Gwar was set to celebrate its 30th anniversary this year, and just recently returned from its first-ever trip to Japan. The band announced last week that it would hold its fifth Gwar-B-Q concert August 16 at Hadad's Water Park in Richmond, Virginia.

A statement from the band, in regards to Brockie's death, is expected later this morning. We will update this post at that time.

Watch a video from Gwar's 2011 performance in St. Louis below.