The Ten Best Concerts in St. Louis This Weekend: March 21 to 23 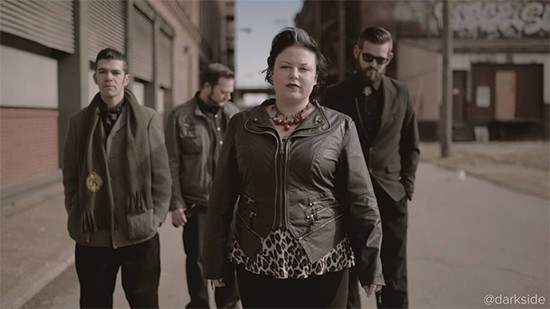 This weekend, Bible Belt Sinners puts out a new CD, Googolplexia and Dubb Nubb team up for a split EP, and several touring acts grace stages allover St. Louis, including the Mowgli's, DeRobert and the Half-Truths, K. Michelle, Native and Useless Eaters. Get the info on these shows and more in our concert recommendations.

The Mowgli's w/ MisterWives, Blackwell @ The Firebird 7:30 p.m. | $15 Did you know that this band is named after one of its members' dogs? I mean, obviously the dog was named after the Jungle Book character, but still. I dunno, I thought that was neat; leave me alone. (DH)

Also on Friday, check out Jandek at the Billiken Club, Mykki Blanco as part of KWUR Week and Young the Giant at the Pageant. Just click on the links to learn more via detailed show previews.

K. Michelle @ Ambassador 7 p.m. | $35-$45 See her in person before you see her even MORE on the silver screen. K. Michelle just announced a couple of weeks ago that she will be starring in her own TV show, a spinoff of VH1's Love & Hip-Hop, on which she is already a cast member. (DH)

Useless Eaters w/ Ski Mask, The Brainstems, Bad Dates @ Melt 9 p.m. | $6 Useless Eaters comes all the way from San Francisco to play its tripped-out garage punk. Check out this music video to get a taste. Also from out-of-town are Ski Mask, an aggressive punk band out of Columbia. (MS)

A couple more options for Saturday night include the final day of Blank Space's Two-Year Anniversary weekend-long celebration, Yonder Mountain String Band at the Pageant and Karmageddon with Middle Class Fashion and more at Off Broadway.

Empires w/ Tidal Volume, Clockwork @ The Demo 9 p.m. | $10 Catchy indie rock from Illinois, with some pretty obvious Robert Smith worship going on in the vocal department. Don't hold it against them, though. (DH)