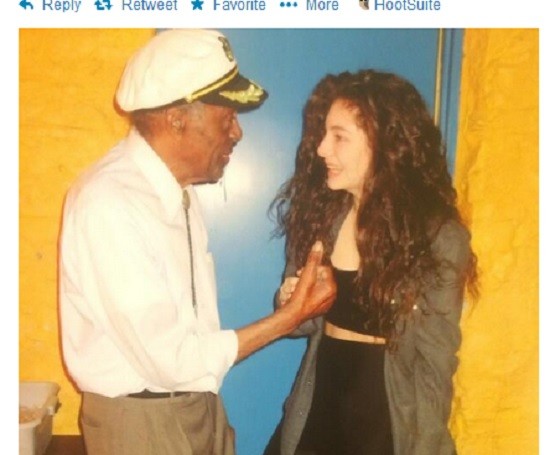 New Zealand singer-songwriter Lorde will be performing at the Peabody Opera House tonight, but evidently the Grammy Award-winning young songstress arrived in St. Louis a day early to catch a show by the legendary Chuck Berry.

A little after 11 p.m. last night Lorde posted the following to her Twitter page:

watched chuck berry and his talented family and band play at the duck room tonight, the stars are in my eyes still pic.twitter.com/sB9H72eECw

Lorde will perform at the Peabody Opera House tonight at 9 p.m. The concert is sold out.