The polls have closed. The Elite 8 will be announced Monday morning, March 24. Introducing the Standup Throwdown Round Two Winners -- the Elite 8

The call went out last month. Riverfront Times asked local comedians to tweet us a joke about St. Louis with the hashtag #stlfact. From the fifty people who threw their hat in the ring, we've selected the standup comedians with the sixteen funniest jokes for entry into our third annual Standup Throwdown. So here they are: The Tweet 16.

Now we need your assistance. Take a gander at the following head-to-head matchups and cast your vote for the tweets you think are funniest. The eight surviving comics, as determined by RFT readers, will compete live at Fitz's Restaurant on the Delmar Loop on Thursday, March 27. The Elite 8 will each do a five minute set with the winners moving moving on to the Final Four -- another live competition to be held April 1 at the Blueberry Hill Duck Room.

So let's get to it! Check out the tweets on the following pages, and cast your ballots now. Voting ends at 5 p.m. Sunday, March 23.

Fried your ravioli, froze your custard, and used a cracker for your pizza crust. Unaccredited schools means no home-ec class. #stlfact

The Jeffersons were going to be set in St. Louis but it changed to New York when they realized the east side of STL is a step down. #stlfact

#stlfact if you beat up Fred bird you become the new Fred bird.

#STLFact The Lewis and Clark expedition that departed from St.Louis in 1804, is the first recorded instance of "White Flight".

The statue of Chuck Berry gets more groupies than Chuck Berry himself, if only because the statue can still get hard. #stlfact

St. Louis is the only city in America that deepfries it's beer. #stlfact 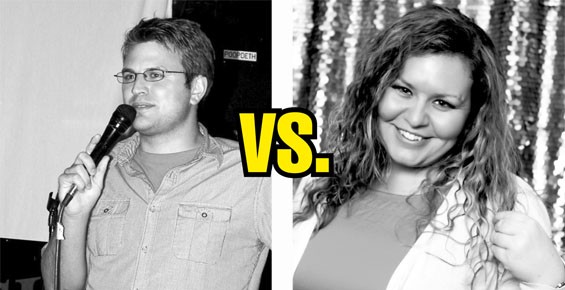 The freezing rain is cementing all of the trash, the condoms, and the broken dreams to the streets of Soulard. #MardiGras #STLFact

#stlfact A DWI is like a St. Louis style pizza, if you haven't had one yet then you probably just moved here.

St. Louis is exploding with cultures like the Italians on the Hill, the Irish in Dog Town, the Bevo Dutch windmill and Soon IKEA. #stlfact

#stlfact YOU CAN GET TED DREWS, A STD, AND VISIT UTAH, WYOMING, OHIO, AND 5 OTHER STATES ALL ON THE SIDE OF ST.LOUIS

#stlfact : The mayor marks his personal tweets with his initials, which is awkward fun when he talks up Pride week. # fgs 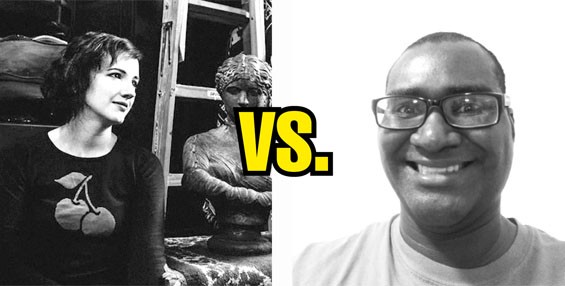 #STLFact St. Louis was the site of the demonic possession that inspired the book, and later the movie, "Soul Plane"

The end. Thanks for voting! Look for results to be named Monday, March 24. And see you at Fitz's on Thursday, March 27 for the live Elite 8 competition.