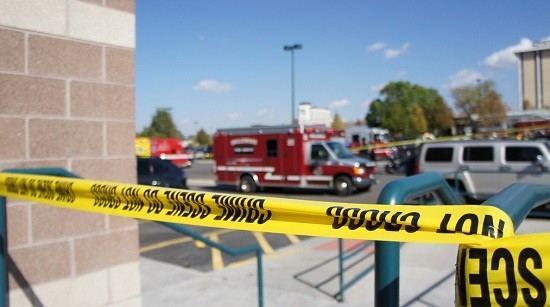 [Update: A video from the scene has surfaced on YouTube, shot immediately after the incident with words from witnesses and a view of the area where everything took place. Watch the video below.]

Our sister paper, the Dallas Observer, is reporting a tragedy in the early-morning hours of Thursday at Austin's South By Southwest music festival. The incident occurred at 12:30 a.m., when a suspected drunk driver attempted to evade police by driving against traffic on a one-way street and onto another street that was closed for the festival, killing 2 and injuring 23 before attempting to flee on foot. He was eventually subdued by taser.

Dallas' coverage on its DC9 at Night music blog includes info from a 2:30 a.m. media briefing held by the Austin Police Department. From that coverage:

At 2:30 a.m. this morning, the Austin Police Department held a media briefing in reference to the fatal auto-pedestrian accident at 9th & Red River that took place early this morning. According to Police Chief Art Acevedo, the incident started with a 12:30 a.m. traffic stop at a gas station on 9th Street. The suspect, who Acevedo described as a lone black male, was pulled over in a grey sedan on suspicion of DWI. In an attempt to evade Austin police, the suspect accelerated against traffic down the one-way 9th Street and turned on Red River. He struck two adults on a moped and a taxi cab, and injured 23 total before attempting to flee on foot. Officers had to tase the suspect in order to take him into custody.

At this time, two victims have been pronounced dead, while five remain in critical condition. One victim was resuscitated with CPR on the scene. Acevedo stated there will be two charges of capital murder and 23 charges of aggravated assault with a vehicle filed. The Austin Police Department will not release the names of victims until family is notified. 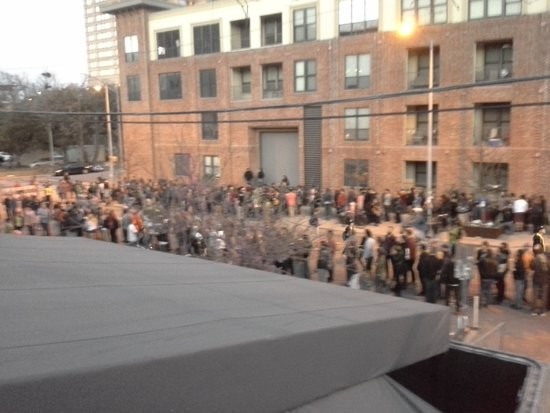 Keep an eye on DC9 at Night for updated information on this tragic event.