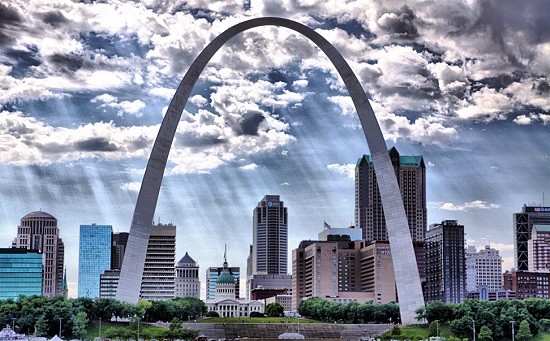 St. Louis is one step closer to rocking this summer -- the ICM Partners way.

Wednesday afternoon, the aldermanic convention and tourism committee passed a much-amended Board Bill #328 -- now known among locals as the "Summer Rocks bill" -- which proposes to bring two multi-stage music festivals per year to downtown St. Louis through Los Angeles talent agency ICM Partners. It will now will go before the full board of aldermen, and then the board of estimate and appointment, and if it passes those, Mayor Francis Slay will review the matter no earlier than mid-April.

Update: The fully amended bill now is available on the city's website.

See also: Summer Rocks vs. Lollapalooza: By the Numbers

Only a couple of weeks old, Board Bill #328 already has quite the history. Alderwoman Phyllis Young introduced the bill February 28, and the original 64-page proposal caused an uproar around St. Louis, particularly concerning its nebulous language, a twenty-year contract and a noncompete clause. More questions were raised during a hearing March 6 about how the proposed festivals may have pushed Bluesweek and Taste of St. Louis from downtown to Chesterfield, and if local musicians and vendors would be included in the new venture. And while aldermen met again earlier this week to propose clearer language and protect St. Louis' interests, local musicians wanted to ensure that city leaders heard their pleas to safeguard the Gateway City's cultural heritage.

Judging by the newly clarified Summer Rocks proposal language and the spirited discussion during yesterday's committee meeting, it seems city leaders were listening.

"I'm grateful that so many people have come out to weigh in on it," said Lewis Reed, president of the board of aldermen. "Had it not been for folks like [the public] who weighed in from the beginning, we may not have seen some of these changes [in the proposal]."

Attorney Barbara Geisman opened Wednesday's meeting with amendments to the proposed contract -- amendments that she said the city and ICM had been working on regularly since the previous meeting and some of which were only cemented that morning. Many aldermen questioned the language and intent of some of the amendments, and alderwoman Sharon Tyus showed strong concern about being asked to vote on a major bill without enough time to read the new stacks of information.

* Leaders clarified what kinds of events would be prohibited as a "substantially similar" event under the most recent non-compete clause: two- or three-day multi-stage, multi-artist outdoor music festivals with at least 30,000 ticketed attendees per festival day, an average budget of $3.33 million, produced by a for-profit entity. Alderman Scott Ogilvie said that the original non-compete clause regarding this issue was the weakest and most troubling, but the new language makes it clear that homegrown festivals won't be ousted. "There is no existing event in the city that meets these criteria, and there hasn't been an event in recent memory that would be an issue," Ogilvie stressed. "I am personally much more confident now that this is more narrowly crafted." [Edited to add: If any of the grandfathered events mentioned below become as large as Summer Rocks or develop in ways that later make them "similar events" as stipulated in the non-compete clause, those events will not be prohibited -- they may continue to be produced and supported.] 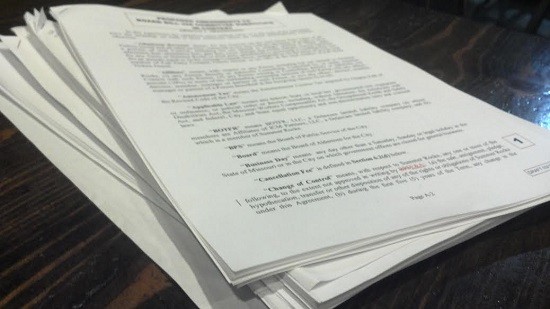 * ICM must use reasonable and obvious efforts to produce festivals with at least 20% local talent, contractors and subcontractors when commercially feasible. While "talent" may mean performers, it also includes local food and beverage providers, merchandise vendors and more. Randy Freedman, senior director of business and legal affairs at ICM, also says his agency will work with local restaurants, bars and music venues to produce and promote post-festival entertainment, particularly for visitors.

* There was concern about a Stanley Cup playoff/championship run rubbing against the first yearly Summer Rocks concert, which is proposed for Memorial Day weekend 2015 (the other being Labor Day weekend). There now is language in the contract that says festival organizers will work with the St. Louis Blues in that case. In addition, ICM will work with the Peabody Opera House on logistics, should a Peabody event be scheduled for the same day as a Summer Rocks event (the Peabody and Summer Rocks area share Market Street as a border).

* The non-compete radius has been increased from 300 miles to 350 miles. This prevents nearby cities from working with ICM to stage festivals similar to Summer Rocks, thus increasing St. Louis' visibility, desirability and exclusivity as a music-driven destination.

* The Summer Rocks festivals must meet certain standards in its first ten years of the contract -- particularly in years five through nine -- to activate the festival's renewal for the second ten years. For example, in years five through nine, the festivals must meet or exceed an average of 30,000 tickets per festival, spend an average of $250,000 per event on advertising and ensure that an average of at least $600,000 goes to St. Louis for various taxes, reservation fees and business licenses.

* The proposal includes stronger language to ensure that minority investors and contributors will be pursued when possible. However, ICM will not be penalized if minority businesses and individuals choose not to participate. Alderwoman Tyus emphasized that all minorities should be at the table. "I want to see people included -- not just black people, but women, Hispanics, Bosnians and everybody," Tyus said.

Despite the amended contract, there still is concern among local musicians that major festivals produced by Los Angeles-based ICM Partners won't fully acknowledge or incorporate St Louis' blues history or the city's talent onstage or behind the scenes.

"Will this bill for twenty years of festival rights for a company with no connection to our musical heritage enhance our future of blues tourism?" asked David Beardsley, co-founder of downtown's National Blues Museum that's under construction.

Vintage Vinyl co-founder Tom "Papa" Ray concurred. "There's an old saying that if you're going to dig a ditch, you dig two," Ray said. "And if you're willing to sign off on this and give it to an out-of-town entity, you're putting this city's culture and heritage in that other hole." [Edited to add: After many citizens spoke out on the issue, ICM's Freedman said that his group will look into incorporating blues, soul or other genres that resonate with St. Louisans while still maintaining national appeal.]

Alderman Ogilvie stressed during proceedings that much of the consternation and misinformation about Board Bill #328 was because of outdated proposals and amendments being shared online. Indeed, the city's website only made the original bill available, while portions of the newer language had been photographed and shared, but not with everybody. Even during Wednesday's meeting, there was some confusion over who had a copy of the most recent amendments.

"I followed conversations in the media, in e-mails and more, and everybody's understanding was based on that original contract," Ogilvie said. "Something the city frequently struggles with is keeping the most up-to-date information out there. It's unfortunate that we had the opportunity to see the amended contract and folks here with concerns had not. On behalf of the city, I apologize." [Edited to add: On Thursday, Ogilvie tweeted a link to the updated bill with the most recent amendments, shown below]

The heavily amended BB 328 is now online. I hope this helps clarify things for everyone who has taken an interest: http://t.co/FX3eIXmesH

After the committee passed the bill, Jeremy Segel-Moss, a member of the Bottoms Up Blues Gang and vice president of the St. Louis Blues Society, expressed disappointment edged with newfound inspiration. "I hope that they've heard us and will make good choices for the city," Segel-Moss said. "I'm just really proud of St Louis and the people who raised their voices and showed their concerns. If nothing else comes out of this, there's incredible pride for how St Louis feels about its heritage."

As for what comes next, the future remains unwritten. "I don't think there's any way to go backwards at this point," said Segel-Moss, who in just two days gathered more than 1,600 signatures on his MoveOn.org petition to share the music community's concerns about the bill. "I think the best move for us all is to voice our opinions, come together and create a better future for St Louis."