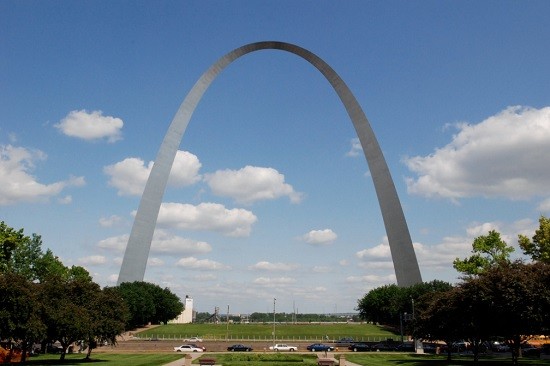 For seven days, St. Louis has been speculating about what Board Bill #328 could mean for downtown as a tourist destination and music haven. Multiple large-scale festivals? Ousted local events? Big music names? A burden on city resources?

But after an aldermanic hearing yesterday, we're only marginally closer to figuring out what twenty years of the proposed Summer Rocks festivals are and how they might affect the Gateway City.

City leaders, Summer Rocks festival promoters ICM Partners and guests spoke during the public hearing, called primarily to address concerns about language in Bill #328. Both proponents and detractors of the bill questioned the proposed contract's duration, the non-compete clause, the city's gains and the effect on music festivals already in place. Here's what you need to know, from reporters who were on the scene during the meeting:

WHAT IS SUMMER ROCKS?

These will be multi-day, multi-stage festivals that feature major national acts in country and in rock music. Promoters drew comparisons to other well-known, large-scale festivals:

WHEN ARE THESE FESTIVALS SUPPOSED TO HAPPEN?

Summer Rocks festivals are proposed for Memorial Day and Labor Day weekends, beginning in 2015 for up to twenty years. They will be held in downtown St. Louis on the Gateway Mall along Market Street. See the map in our previous story.

WHAT'S IN THIS NON-COMPETE CLAUSE?

@RiverfrontTimes is the language of the non compete going to be addressed today?

The original language for Board Bill #328 can be found here. The bill at yesterday's hearing presented was narrowed quite a bit, though. Scott Ogilvie, alderman of the 24th ward, tweeted the new language:

WHERE IS THE NON-COMPETE CLAUSE IN EFFECT?

Locally, there can be no competing festival in the Summer Rocks area downtown -- so roughly from Tucker west to about 20th Street. Nationally is a different story, though. Initially, the proposal said that the city would prohibit ICM Partners from staging similar Summer Rocks events within a 300-mile radius. But ICM now has agreed to expand the radius to 350 miles, meaning no Summer Rocks in Chicago, Cincinnati, and more:

City officials still would like to increase the radius even further:

Shane Cohn wants to increase noncompete to 400 miles so summer rocks couldn't do festivals in like, little rock and Des Moines

WHEN IS THE NON-COMPETE CLAUSE IN EFFECT?

Previous, more nebulous language suggested that the city could not issue permits for similar events staged around the Summer Rocks festivals on Memorial Day and Labor Day weekends. However, new language has clarified and extended the non-compete quite a bit, between the two holidays instead of just around them:

And yes, new non-compete DOES extend b/w Memorial and Labor Day. That appears to be new to substitute bill.

ICM confirming that no other major for-profit music festivals can get permit b/w Mem and Labor. @ward24stl concerned about Forest Park.

So the non-compete would be in effect for the entire summer, essentially.

Continue to page two for more on the proposed festival.

WHAT CONSTITUTES A "SIMILAR EVENT?"

We're talking Lollapalooza-type events: for-profit, multiple days, multiple stages, budgets of $8 million or more and sales of at least 25,000 tickets per day. That won't affect arenas and concert clubs, though:

Geisman emphasizes that Muny, Peabody, Chaifetz, etc not affected by non-compete b/c single-stage and under 25K capacity.

But honestly, that remains to be seen. Bill language stipulates that Big Muddy, LouFest, etc. will be grandfathered in and permitted to stage their festivals as planned. However, Big Muddy traditionally is held Labor Day weekend, while LouFest this year will be held September 6-7, just a few days after Labor Day. There is concern that tourists and residents will not enough spending dollars to attend Summer Rocks plus the locally produced events. In addition, LouFest attracts nationally known artists for its two-day festival, and some worry about competition from Summer Rocks for high-caliber talent.

Moreover, there's some question as to how Summer Rocks will affect future opportunities:

Concern about U2 possibly coming to Busch stadium in some hypothetical future. Summer rocks has a "dialogue" with ballpark village

WHO'S PAYING FOR THIS THING?

Los Angeles-based ICM Partners will pay all taxes and festival reservation fees, in addition to forking over $400,000 a year for city services to put on Summer Rocks.

Basically this is going to cost a fuck ton of money but the city really isn't paying for anything.

Local real estate developer Steve Stogel is on board for a contribution:

Stogel - this is an extraordinary addition to the fabric of the city. Says he will be investing some money into the venture.

WILL LOCAL MUSICIANS BE INVOLVED WITH SUMMER ROCKS?

ICM Partners assured attendees that local musicians will be welcome, but their specific involvement remains to be seen:

David Friedman with ICM - we are in the biz of working with local musicians. They will have a place at Summer Rocks.

WHEN WILL THIS BE SORTED OUT?

There will be another meeting:

Committee will not take a vote on Summer Rocks bill. Will take it on next week.

But even if the committee approves the bill next week, the process still will take time:

Again - no vote today. Committee will vote next week. By Board rules, earliest it could be sent to @MayorSlay would be April 14th.

DID THIS BILL PUSH BLUESWEEK TO CHESTERFIELD?

Last week, Bluesweek festival promoter Mike Kociela told RFT Music and other news outlets that the move was due to financial woes and the inability to secure festival sponsorships. During yesterday's hearing, however, Kociela -- whose Taste of St. Louis also is moving to Chesterfield -- confirmed that Bill #328 sent him packing:

Continue to page three for more on the proposed festival.

Other parties were concerned about the bigger picture, as well:

Siegel-Moss: This bill has sent two festivals celebrating food and music out of the city. Celebrating two things that make our city.

Tara Fallon - I worry that allure of Lollapalooza-like concert is blinding you to what non-compete means. What is blocked not Lollapalooza.

WHEN WOULD TICKETS GO ON SALE?

@RiverfrontTimes find out whose perfoming/headlining and obviously how much it would cost for tickets.

There's no ticket information yet because there's no signed contract. However, if you're getting the feeling that this bill moving quickly, you're not alone:

ICM has the option to produce a festival in Sept 2014, but agreement doesn't start officially until May 2015. Hence fast track of bill.

So if this bill goes through, ICM could bring a festival here in September.

WHO WOULD PLAY SUMMER ROCKS?

Again, that information isn't available because no contract has been signed and no talent has been scheduled. However, we know what St. Louis is thinking about:

@riverfronttimes Will Outkast play here or not?

@RiverfrontTimes OUTKAST. yes or no?

@StLouisLindsay @RiverfrontTimes How can we be sure to keep ICP out?