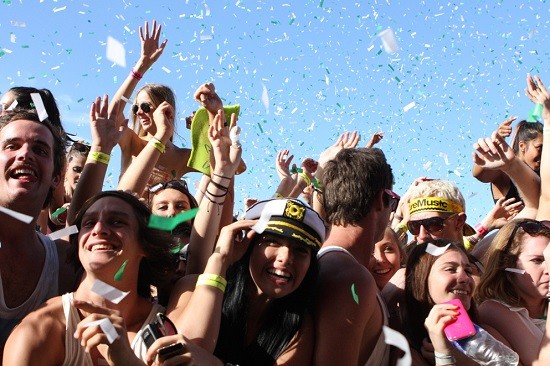 Los Angeles talent agency ICM Partners is working on plans to hold dual Summer Rocks music festivals in downtown St. Louis' Gateway Mall, beginning the Memorial Day and Labor Day weekends in 2015. Proponents of the festival say that St. Louis' geographically central location makes it a perfect travel destination, and it would be a boon for just about every business that benefits from tourism. Skeptics worry that the deal is a disingenuous sleight-of-hand proposal that could see the city locked into a ten- or twenty-year contract with out-of-town interests.

ICM is no slouch, and its success is hard to understate. The company represents just about every major musician, comedian and performer worth anything in this country and many others. Its concert division has a hand in a few festivals with familiar names including Bonnaroo, Coachella and Lollapalooza. The company reported 2013 revenues of about $200 million.

But will its magic work in St. Louis? That remains to be seen.

Since RFT Music broke the story about the Summer Rocks proposal brought before the city's Convention, Tourism, Arts & Humanities committee last Friday, some people have taken to the Internet and social media to decry it as the end of St. Louis' homegrown music festivals.

That also remains to be seen.

The proposal's so-called no-compete clause was enough to raise the eyebrows of the aldermen who sit on the committee. A hearing scheduled for today at 11 a.m. at city hall's Kennedy Hearing Room will address the issue.

Alderwoman Marlene Davis stressed in her initial interview with RFT Music that committee members shared similar concerns that the vague language of the contract left little room for anyone other than Summer Rocks.

John May, chairman of the St. Louis Blues Society, has been involved in numerous blues and music festivals in downtown St. Louis for years. He plans to attend today's meeting to listen to the proposal, but he's not optimistic about the way the deal will work. The common comparison, he said, is that Chicago can sustain both the Pitchfork Music Festival and Lollapalooza, two very well-attended festivals, over the course of a single summer. So, it goes without saying that St. Louis is just as capable.

"They're using that as an example, but the space at Gateway Mall is not the same as Grant Park, or designed to hold large quantities of people. We don't really don't have that with the seating we have up there," he said. "There has to be some consideration before they move on, otherwise they've had their minds made up before this all got started. It is a public space and contracting with a for-profit business, I guess it's something I'm a little reticent to look at with what's going on with the football and the Ballpark Village."

May is referring to the $700 million build-or-bust financing predicament the city's Convention and Visitor Center finds itself in with the owners of the St. Louis Rams and the city's $650 million investment in the properties adjacent to Busch Stadium.

Continue to page two for more on the proposed deal.

ICM first approached real estate developer Steven Stogel about the proposal in the fourth quarter of 2013. (He's murky on dates and times, saying his secretary keeps those records. Maybe it was October, maybe it was November.) St. Louis Magazine's glowing 2006 list of the "50 people Who Run St. Louis" placed Stogel at No. 33, noting his advisement of the city on the redevelopment of the Gateway Mall where Summer Rocks would take place.

Stogel said that ICM believes there's an audience of 55 million people within a 300-mile radius that could bring hotel, restaurant, bar and festival revenue to downtown St. Louis.

The deal would pay the city $400,000 a year, adjusted for inflation, for use of city services. The city would also get a licensing fee and percentage of the gross, according to the proposed bill. Estimates don't include any sales-tax revenue that would also be good news for city coffers.

"Downtown St. Louis is not really active over those weekends unless the Cardinals are in town," Stogel said. "Tourist groups and folks at city hall, everybody seems to think that this will really work. There's every intention planned to work with all of the festivals. St. Louis is a very good music town. Some folks are concerned to the extent that there have been some legitimate concerns about the language. But St. Louis is a good music town. All of these festivals can add up to be more than the sum of its parts. I think this can be a great thing for St. Louis."

We reached out to LouFest officials, who responded with a prepared statement that didn't address the issue of potential no-compete clauses or the effect that it might have on the 2015 festival.

We reached out to ICM officials, who did not respond to multiple requests for interviews.

John May's biggest concern is that the festival would be a bust and that the city would find itself locked into another long-term deal with out-of-town interests.

"It is a contract, so anything in the future can't be considered as an alternative," he said.