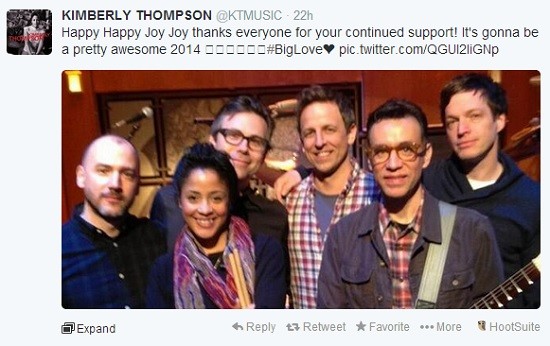 The next era of NBC's late-night lineup begins Monday, February 24 and includes a familiar face among the slew of talented musicians.

It was announced Monday that drummer Kim Thompson will join former SNL and current Portlandia sketch comedian Fred Armisen's band on Late Night with Seth Meyers. Thompson is a native of Los Angeles, but she grew up in the St. Louis area, a 1999 graduate of Pattonville Senior High School in Maryland Heights.

Thompson's a graduate of the Manhattan School of Music. She was also a long-time member of Beyonce's touring band and has worked alongside Jay Z and Meshell N'Degeocello.

Thompson tweeted a photograph of her with the new band along with Meyers and the caption, "Happy Happy Joy Joy thanks everyone for your continued support! It's gonna be a pretty awesome 2014." 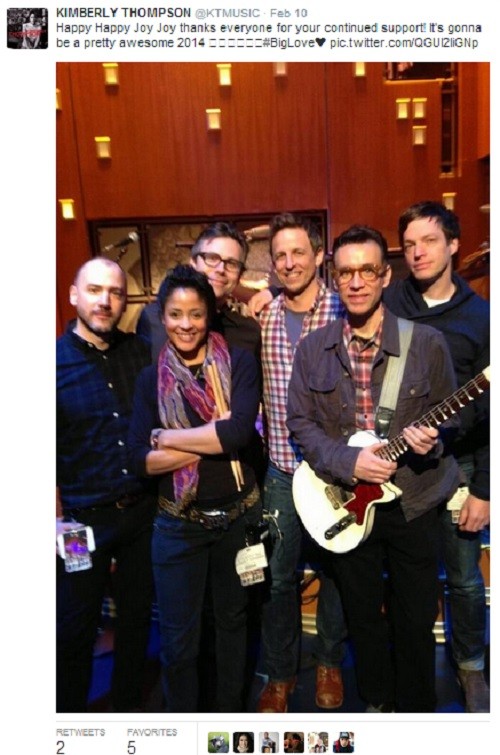 Thompson joins a long line of talented drummers who've sat behind a kit in the Late Night hour. ?uestlove made the move to the 10:30 p.m. Tonight Show with Jimmy Fallon and his long-time band the Roots. The Conan O'Brien Late Night years featured Bruce Springsteen's long-time E. Street Band drummer Max Weinberg, who left the band after Conan's rocky departure from NBC and move to the cable network TBS.