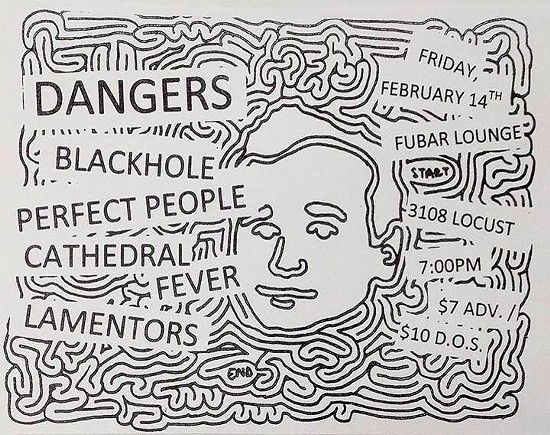 California's Dangers is one of the catchiest, weirdest, most confrontational hardcore bands of the past ten years. While not really tradional hardcore, there's no post-whatever pretentiousness to be found either. The riffs are mean as all hell, the band's tightness is remarkable and the lyrics bite every hand that feeds everyone. Once known as "that band that got kicked off of a fest or two for pissing off FSU," the years have proven that there's way more going on here than just gossip and calling-out bullshit within the hardcore community. This band is just as intense as when it started and getting less predictable as time goes on.

Cheap Art is bringing fastcore from Cleveland to the south side Sunday night. This is Self Help's either third or fifth or whatever show, along with Astral Place's second. This is going to be a short, noisey one. If you think you have what it takes to basement slam with the best/worst this town has to offer, come act absurd for 118 minutes. Yell at the new bands to put out goddamn demos already! 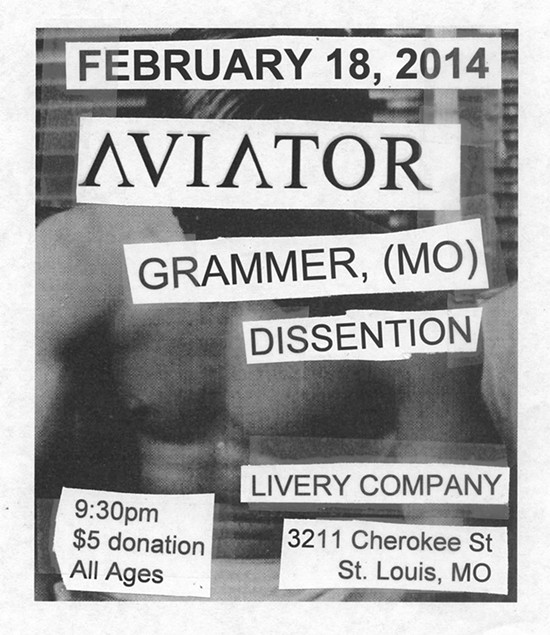 Massachusetts' Aviator plays a very deep, honest style of melodic post-hardcore in the vein of Modern Life is War or Defeater. Cut away the eBay price-hikes and fairweather fans and you have an overall intense hardcore show that brings back memories of the Lemp Arts Center shows when Adam the Devastator booking. Memory Lane aside, bring your five bones for the suggested donation and wigout on the dancefloor. 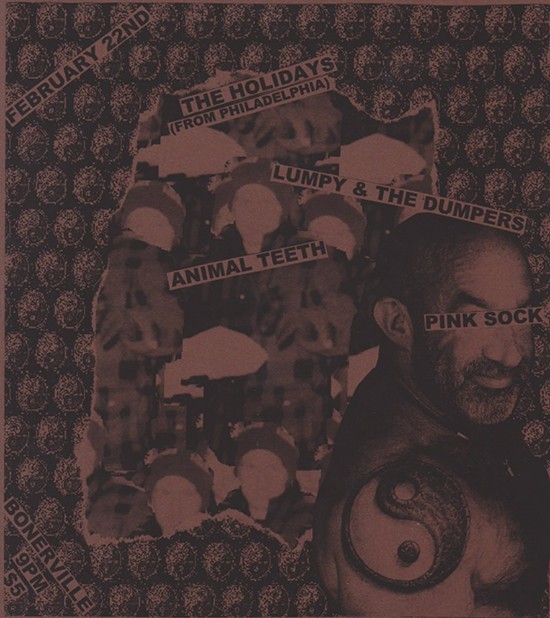 One of the riff-masterminds behind Philadelphia's Badside/Attitude era is coming through with a tape deck and a lot of anger. This show is being headlined by a one man band. The last person to come through with this much insanity and intensity by themselves was Globsters. This is also Lumpy's tour comeback show in between the next several times he and the Dumpers are going out of town the rest of the year. Plus, Pink Sock finally has a demo to sell you after five years of being a band.