The Ready Room Announces Debut Shows: Of Montreal, the Dandy Warhols and More 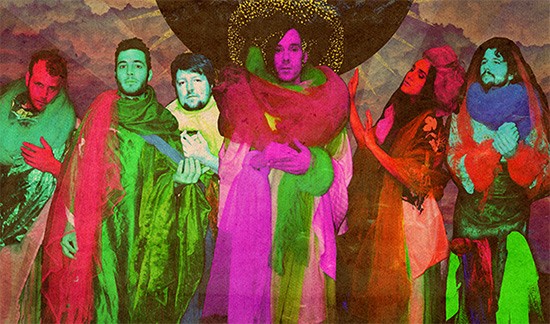 When asked whether or not door tickets would be available for last weekend's sold-out anniversary event featuring Roky Erickson and the Black Angels at the Firebird, owner/talent buyer Mike Cracchiolo responded, "No, it's pretty much wall-to-wall at this point -- another reason I wanted to open a larger venue."

While crowds packed into the seasoned rock club for a memorable show last Saturday, Cracchiolo simultaneously (and somewhat quietly) announced a few big shows for the Ready Room, his forthcoming 800-capacity venue for the Grove. Its Facebook page reveals a new logo for the space as well as a link to a yet-to-be-used Twitter page. The Ready Room's debut set of headliners comes embedded in its first social media announcements, the first of which played a sold-out room the last time it stopped into town.

On April 2, the Ready Room welcomes its first performers to take the stage: American indie-rock group Of Montreal. Ortolan opens. The show is all-ages and admission is $18. Check out an excerpt from a review by writer Ryan Wasoba outlining Of Montreal's 2011 show in St. Louis below:

Although Of Montreal has nothing to prove at this point in its career, the stripped-down set quelled the criticism that the band is more concerned with pageantry than substance. With a set leaning heavily on tracks from 2007's Hissing Fauna, Are You The Destroyer - the band's best record to date - Of Montreal played like the venue was ten times its capacity while making the crowd feel like the room was half the size. When Kevin Barnes sang "Oh, the party people dancing for the indie star", the sarcastic lyric on record became an observation of what was happening eighteen inches in front of his face.

Of course, a "stripped-down" set by Of Montreal still includes three video projections, four onstage dancer/performers, masks, costume changes, confetti, and a guitar tech dressed like a referee (unplugged cable = technical foul). To compensate for the venue's size, the band stacked guitar cases into a makeshift riser for the Dadaist performance art that ensued during songs. Slow motion swordfight by knights in Spiderman masks for "Cato As A Pun." Tim Burton-esque skeleton-headed folk marauding like a bad LSD trip during "Heimdalsgate Like A Promethean Curse." The best choreographed and most timely move was a pig-masked pair kissing (making snout?) before an American-flagged man exercised his right to bear arms on them. A sequined Ms. America figure, an Aunt Samantha to Uncle Sam, emerged, resurrected the swine, and jumped into the man's arms as the band transitioned from "Labrynthian Pomp" to "She's A Rejector."

Cracchiolo says a couple more events are in the works, so stay tuned for more announcements soon. In the meantime, follow the Ready Room on Facebook for immediate updates.