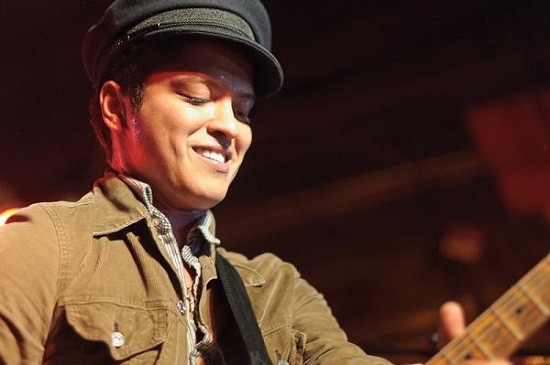 Some of us at RFT Music aren't football fans, so we had giant lists of excuses not to watch the Super Bowl last night: grocery shopping, building an apiary for our new bees, organizing colored pencils in Roy G. Biv order, washing our hair, washing our iguana's hair, etc.

But we finally came up with one reason to view the long, boring affair: the music. Love it or hate it, the Super Bowl's halftime show always inspires watercooler chatter, plus plenty of commercials feature tunes by both our favorite and most-loathed artists. So why not just cover the music and spend the rest of the night by the chips and dip?

Below, in chronological order, catch some of the most talked-about (and tweeted-about!) musical moments from Super Bowl XLVIII -- at least from the first half. After Bruno Mars and Red Hot Chili Peppers, we got bored and left. Tell us about your faves in the comments!

The night's entertainment hit all the right notes at the beginning, with Queen Latifah (who famously officiated the giant wedding during the Grammys last week) doing a respectful, low-key performance of "America the Beautiful" -- albeit with a creepy children's choir opening the song.

From The GRAMMYs to The Super Bowl, Queen Latifah singing 'America, The Beautiful' #SuperBowl pic.twitter.com/2IchltuAZA

Soprano Renee Fleming then took the field in an opera-worthy gown for "The Star-Spangled Banner." You know Whitney Houston's memorable rendition of the national anthem from Super Bowl XXV? Yeah, Fleming's may have rivaled that.

An operatic range fills the biggest game of the year. Listen to that ending.. Bravo Renee Fleming @reneesmusings https://t.co/JLo8siPVLS

This has nothing whatsoever to do with music, but football legend Joe Namath's fur coat kind of scared us. We love Namath -- he was on an episode of "The Brady Bunch," after all -- but when he came out to do the coin toss honors, he looked like a pimp. Or, you know, Macklemore.

Continue for ALF, Bono and a very shiny Bruno Mars.

Band-of-nearly-40-years (HOLY SHIT!) U2 debuted its new song "Invisible" during a commercial and offered it for free on iTunes in its continuing efforts to raise AIDS awareness. The song didn't suck, and Bono's floating mic took us back to the band's 2011 show at Busch Stadium. A new album and tour are coming, folks. We can smell it.

In one of the best commercials of the night, a crap-ton of '80s stars had a ball in Radio Shack. We're talking hip-hop artists Kid 'n' Play, Twisted Sister's Dee Snider, gold-medal gymnast Mary Lou Retton, ALF and more. Radio Shack apparently is trying to reestablish relevancy by poking fun at its outdated image -- and it may have worked!

So do we agree this Radio Shack ad is the winner? https://t.co/j5D69OHqiS

When word got out that Bruno Mars would serve as the Super Bowl's main entertainment, we were OK with it. But now that we've witnessed this marvel? OH MY GOD, WE ARE SWOONING! Say what you want about his music being "just radio pop," this man knows how to entertain. Mars began his set with what may have been any Super Bowl's first drum solo and followed that up with sweet, sweet dancing with a stage full of musicians in gold lamé jackets. He deserves to star in a Motown biopic, people. Mars' songs "Locked out of Heaven," "Treasure" and "Runaway Baby" were fun and sexy, leaving many Twitter folks fanning themselves.

On a scale of 1-areola, how worried are the brass at FOX about a Bruno Mars nip slip?

Every girl when they heard Bruno Mars at halftime #SuperBowlXLVIII pic.twitter.com/IRUR7cbqEF

So thanks to Bruno Mars, the halftime show was kind of neat... until...

...UNTIL RED HOT CHILI PEPPERS CRAPPED ALL OVER IT

We became amped when Mars started singing the chorus to "Give It Away," beckoning co-halftime headliners the Red Hot Chili Peppers to the stage. Maybe this would be as interesting of a mashup as Kendrick Lamar joining Imagine Dragons during the Grammys? Uh, no. The shirtless Chili Peppers came off haggard and maybe a little desperate when performing beside the youthful Mars. Anthony Kiedis and friends stayed only for the one song before letting Mars close out the set with his hit "Just the Way You Are."

But this happened, and it was adorable:

Bruno Mars having a fan girl moment while performing with Anthony Kiedis from RHCP pic.twitter.com/rS35M2nsF5

And that was that. Some other music stuff happened during the second half of the game -- GoldieBlox used a possibly-stolen song from Quiet Riot to hawk girl toys and Bob Dylan tried to be Eminem in a new Chrysler commercial -- but honestly, we didn't care. We'd had our fill of tortilla chips and guacamole, and we called it a night. Willow from "Buffy the Vampire Slayer" put it best: