Billy Joel is returning to St. Louis on Friday, April 11, at the Scottrade Center downtown, bringing his history with the Gateway City full circle. 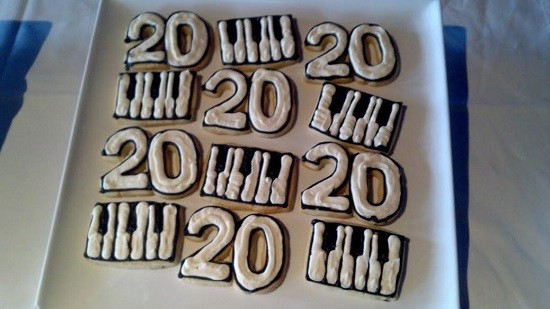 Joel joins a number of high-profile acts booked for Scottrade Center this year, including Miley Cyrus, Cher and Katy Perry.

Facts about Joel, provided by Scottrade and LiveNation officials:

Continue to page two for the setlist from Joel's recent concert at Madison Square Garden, earlier this week.

"Miami 2017 (Seen the Lights Go Out on Broadway)" "Pressure" "Summer, Highland Falls" "The Longest Time" "Blonde Over Blue" "Everybody Loves You Now" "All for Leyna" "Movin' Out (Anthony's Song) " "Where's the Orchestra? " "Allentown" "Big Man on Mulberry Street" "New York State of Mind" "Zanzibar" "The Entertainer" "She's Always a Woman" "Don't Ask Me Why" "The River of Dreams" "Scenes From an Italian Restaurant" "Layla (Piano Coda)" "Piano Man" "Big Shot" "It's Still Rock and Roll to Me" "You May Be Right" "Only the Good Die Young"