An Illustrated Guide Confirming Josh Homme Is a Badass 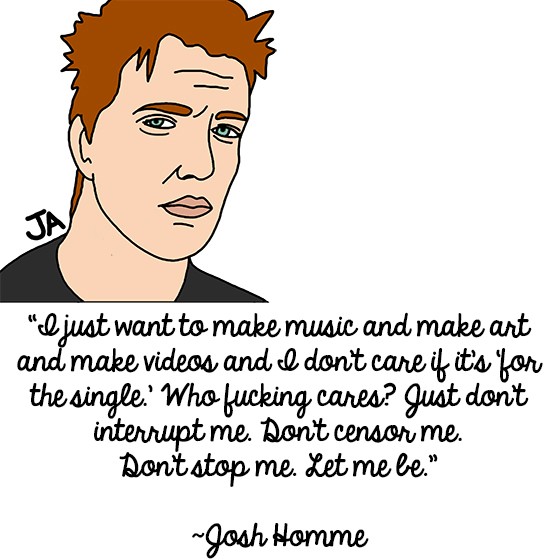 Queens of the Stoneage frontman Josh Homme is so badass, he "died" and came back to life in 2010 (after surgery complications). Mortality ain't got nothin' on this rocker! Homme never has difficulty speaking his mind, either. Who could forget this memorable dis he gave Jay-Z during a radio interview with CBC Radio 2's Strombo Show last fall:

"[Jay-Z]... gave us some Champagne and wanted us to take a photo with it. And I thought: That's not a gift; that is a marketing tool. So I destroyed it. Because I thought it was rude overall. And you shouldn't frisk my guys, you should fuck off."

Ouch. Here are more badass gems from the mouth of Homme.

Illustrated quotation above via spin.com.

See also: An Illustrated Guide of Noel and Liam Gallagher Talking Shit About One Another 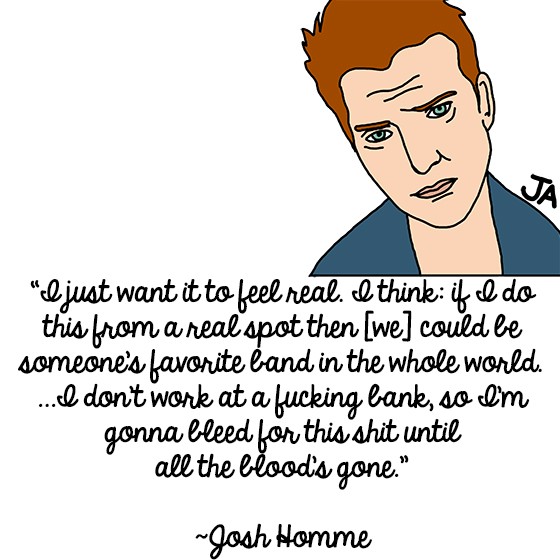 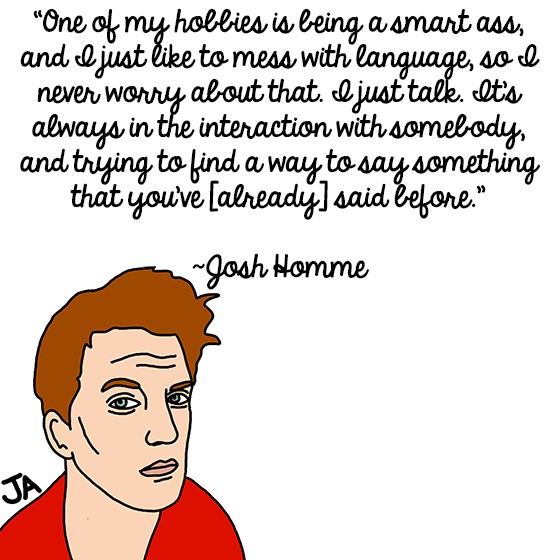 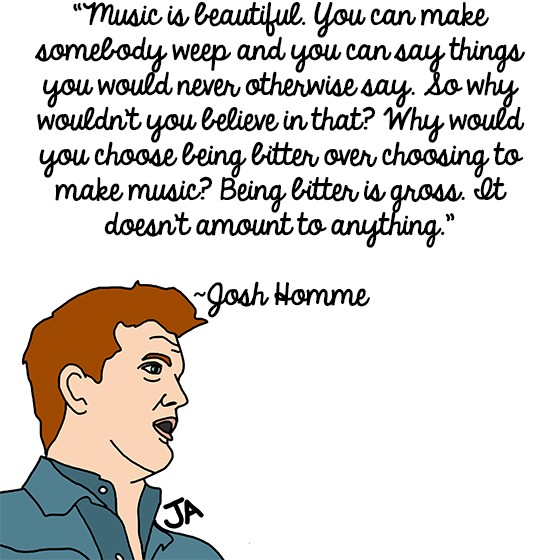