Life Like Hooks up with Deranged Records, Returns from East Coast Tour

Have you ever heard that early '90s WNYU radio interview feud between Born Against and Sick of it All? St. Louis' Life Like would be the love-/hate-child that would result from that infamous debate, deftly bridging the gap between the hard-edged and the politically charged subsects of the late '80s NYHC sound.

Featuring veteran hardcore bleeder/frontman Joe Sulier on vocals, James Ridling (Everything Went Black) on guitar, Brandon Arscott (Bath House Boys/Ruz) on bass, and Josh Van Hoorbeke (EWB/Breakmouth Annie) on drums, the band recently got an offer to put out a seven-inch with Deranged Records and had a chance to tour the East Coast before the holidays. RFT Music sat down with Ridling and Sulier to catch up on the past year since the band started and check out their new scars.

Jimmy Eberle: From the pictures floating around, the tour seemed successful. What show got the wildest?

Joe Sulier: There were a ton of spin kicks at our first gig in Indiana, which was in a pizza place literally the size of my bedroom. So, you know, that was tight.

James Ridling: Cleveland was wild. All the marks of a classically sloppy, wonderful time: fireworks, no fewer than ten beer cans thrown per set, punks kicked out of the venue before doors even opened, van beers, slamdance gear casualties, like stepping on my tuner and muting my guitar or knocking over Josh's drums, and my personal worst hangover of the tour the next day.

Who bought the most decorative gas-station trinkets?

Ridling: Unfortunately I returned home with no new roadside clutter for my apartment. I did, however, reach a new level of jerky enlightenment on the tour, which will no doubt stay with me for a lifetime.

Sulier: I actually don't think anyone bought any gas-station trinkets that I'm aware of; I bought an iPhone charger but broke it in like a day by elbowing it. There was, however, a lot of VHS action going on which included WWF Summer Slam.

What's the deal with Arscott's pukeathon? I heard a story.

Sulier: We broke down after our last night in Nashville when we were like four hours away from home, in a torrential downpour, at like three o'clock in the morning. All of the electrics in the van shut off, including the hazards, so we were literally just sitting in the freezing pitch black on the shoulder of the road in the middle of a crazy rainstorm. So sketchy.

Ridling: After an otherwise flawless performance from Josh's mom's cleaning van, the catastrophe Joe described happened in the last few hours of tour. To even the scales. 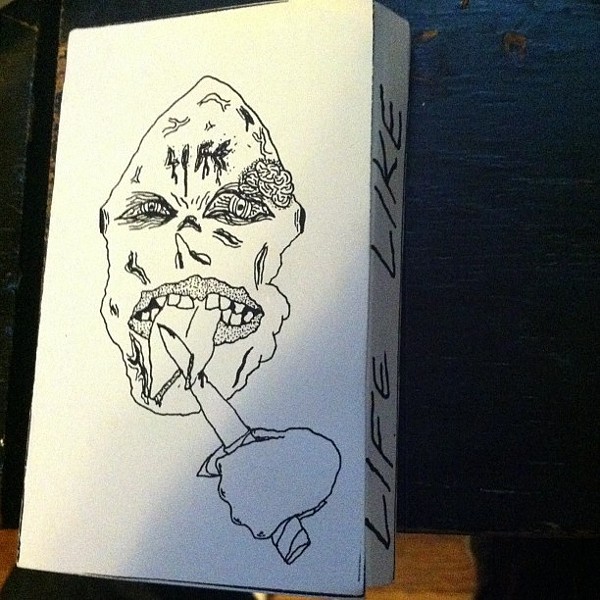 Who'd you guys record with?

Ridling: I think it was everyone's first experience recording without the use of a computer.

Sulier: It was not my first experience recording without a computer.

Has being on Deranged turned anyone into a hundred-aire yet?

Sulier: The record isn't out yet, so we're not technically "on" Deranged yet. We just sent Gord [Dufresne, label founder] the mixes. So, hopefully he doesn't barf.

What kind of plans are happening next?

Sulier: Brando's gonna quit J Crew and start working for Aeropostale so he can cop us free gear.

Ridling: We'll be on a bit of a hiatus while Joe goes on a book tour to support his new illustrated children's novel.

Any big upcoming shows to invite the public to?