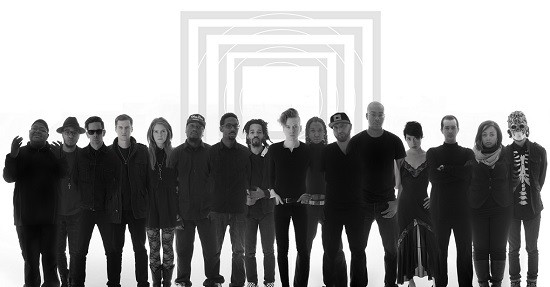 Since the label and musical collective FarFetched launched in early 2012 with the first iteration of its annual Prologue compilation, the imprint has remained a smartly curated home for progressive, wide-ranging electronic music from St. Louis and parts beyond. Helmed by Damon Davis (a.k.a. LooseScrewz of Scripts N Screwz), the label has released projects by locals CaveofswordS, Ou Où, Black James and Mathias & the Pirates, with Davis and his crew casting a wide enough net to attract acts from across hip-hop, shoegaze, drone and neo-soul backgrounds.

The artists who work with FarFetched pride themselves on being hard to categorize, but if there's a single thread that unites the music found on Prologue III and the bulk of the other FarFetched releases, it's the shared love of electronic mutations: processed vocals, skittering hi-hats, amorphous synth washes. That thread gets twisted, tattered and rewound again across these twelve tracks, most of which feature fruitful collaborations across the label's roster.

Even Scripts' "X.O.S.," the most straight-ahead hip-hop track on the comp, gets slowed down, smoothed out and swirled into drum-machine clatter and unmoored bells. Smart sequencing pairs "X.O.S." with Black James' "Creepin' and Peepin,'" Jennifer McDaniel's most beat-forward track; she hasn't lost any of the witchy weirdness of her earlier releases, but the sped-up tempo finds McDaniel comfortable with rap's rhythms and cadences.

The best comps tell a story rather than simply collecting a mish-mash of random tracks, and the collaborative nature of Prologue III helps make the whole program hang together. But comps are also useful for tipping off listeners to new talent, and a few newish faces shine here. Local producer Abnormal kicks off the disc with "Jazz on Jupiter," featuring contributions from LooseScrewz and saxman par exellence Dave Stone. The plinky 808 drum tones and wobbly synth chords give Stone space to get downright lyrical in his solo while Abnormal's other track, "FastISH," pushses back harder with a buzzy, brute synth sequence and bright, rainbow-colored leads.

Shooba, the stage name of Lika Shubitidze, wins for the poppiest number here, with the slow-building "Save My Soul." What starts with staticky vocals and a simple bass-guitar figure blooms into something that wouldn't feel out of place alongside St. Vincent. These are but a few moments of bliss in a largely solid and coherent program from a label that has become one of the most adventurous and dependable brands in town.