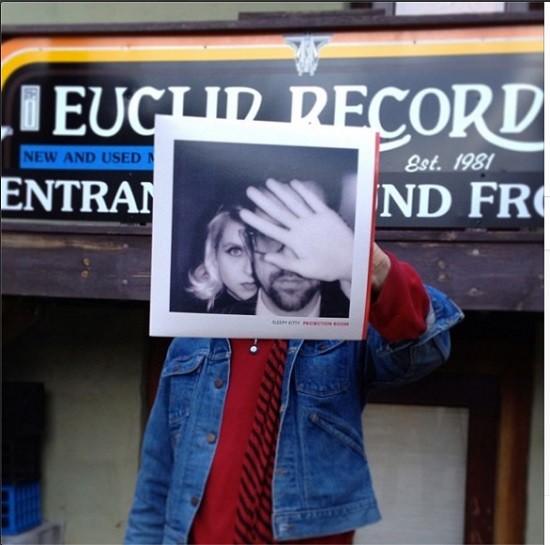 Sleepy Kitty's much-anticipated new album, Projection Room, is officially out today. The release was originally planned for August of 2013, but it was pushed back in the eleventh hour due to concerns about froatloading promotional efforts.

But that's all in the past now.

Purevolume is hosting a stream of the record -- you can click here to listen to it now. Pick up a physical copy at Euclid Records, which also serves as label for the release, or order it online here.

Back in August, RFT senior music writer Christian Schaeffer interviewed the band, in anticipation of what was originally to be a record-release show. Here is one choice segment, wherein drummer Evan Sult speaks on the importance of telling St. Louis' story:

One of the things that we have found is that we really like being from St. Louis, and we really like touring out of St. Louis -- we really like representing St. Louis. We bring out the Tower Groove Records sampler; we're constantly telling people about Cherokee Street and Off Broadway and the City Museum. I still think of Cherokee Street as this just barely believable story, and if you're around here, it's not really believable: It's better than real life most of the time. You walk down the street and you literally know everybody on the street, and their projects -- they're all doing stuff. That's really cool to us.

We're at a moment in our band and in our professional lives that we've built a lot here. But if you're gonna live in Europe or New York, you've gotta pick a time to do it. It can't always be in the future if that's what you're gonna do. In a way, there's this other side of being in a band in St. Louis, which is the more you do here and the more you experience here, the more there is to tell people about here. I think, to a certain extent, there has to be those people. Pokey LaFarge -- you couldn't ask for a better ambassador for St. Louis than him, and it's gonna take more than just Pokey getting the word out. That does feel like the responsibility of a band that is getting out of St. Louis to complete the short-story collection that is this city, right now.

Pick up the latest chapter in that story today.