The Best Moments of Chuck Berry's 200 Shows at Blueberry Hill, as Told By His Bandmates 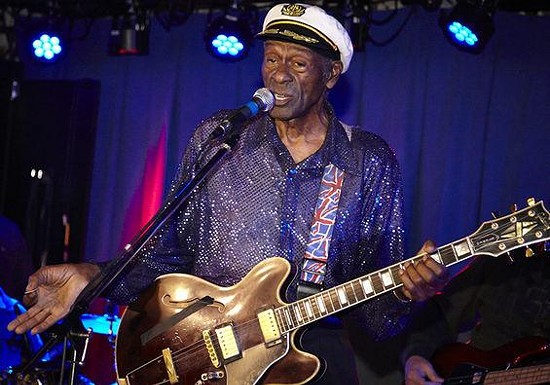 Blueberry Hill proprietor Joe Edwards could hardly have imagined what would become of the conversation he had with Chuck Berry nearly two decades ago. The rock & roll pioneer was at Edwards' home late at night in 1996, and the two old friends were reminiscing about Berry's early days before he skyrocketed to fame behind such hits as "Maybellene" and "Johnny B. Goode."

"We were talking about the old Cosmopolitan Club in East St. Louis, and he turned to me and said, 'You know Joe, I'd really like to play a club the size of the ones I did when I first stated out,'" recalls Edwards. "It took a half second. We both were like, 'Let's do it. Let's do it at Blueberry Hill.'"

Some eighteen years later, the 87-year-old Chuck Berry is set to perform his 200th monthly show at Blueberry Hill this Wednesday. In anticipation of that milestone, RFT Music caught up with Edwards as well as Berry's bandmates to discuss their favorite memories from all those shows. 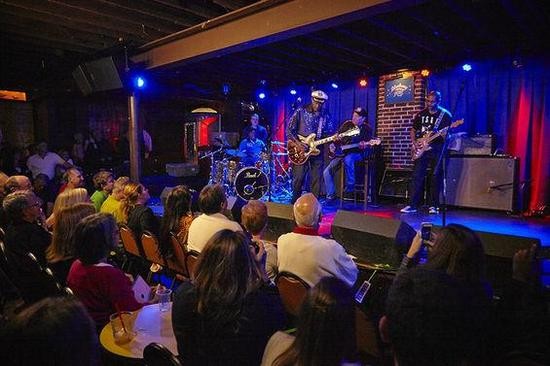 Jim Marsala (Chuck Berry's bassist for the past 41 years) Probably the most memorable moment for me was when someone threw a bra -- a very large bra -- onto the stage. Chuck picked it up, examined it and said to the crowd: "Well, these don't need to be amplified." In general though, the thing that is special about the Blueberry Hill shows is that Chuck loves to play there. He loves the closeness of the audiences. And they love him, too. The appreciation he gets there is incredible. 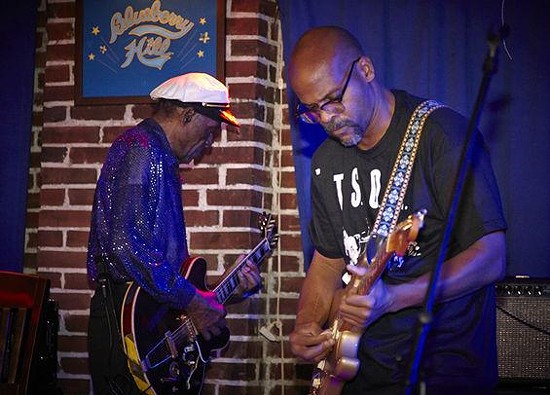 Charles Berry Jr. (Chuck Berry's son and guitar player) My favorite show was when Johnnie Johnson [Berry's original keyboardist] sat in with us some six to eight months before his death. Johnnie and my dad hadn't played together for a long time. I'm not sure it was a bucket-list thing for Johnnie or what. But for me it was the coolest experience to see that magic between them come right back after all those years. Everything else between them [Johnson had sued Berry in 2000 over songwriting credits] was peeled away. I'm sure there are pictures of me with my mouth agape watching. It was incredible.

Bob Lohr (Chuck Berry's keyboardist) Two of my favorite shows were when we had unannounced guests. Earl Slick [David Bowie's guitarist] dropped in to play a set in 2011 when he was in town touring with the New York Dolls. And the other time was when Johnny Rivers came in and played an entire set with Chuck. Rivers covered a lot of Chuck's work in his career and probably had a bigger hit with "Memphis" than Chuck did. I remember Chuck joking during the show: "This is great, I'm not going to have to do anything tonight." 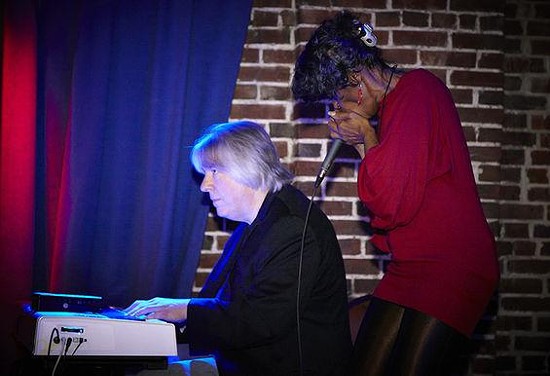 Ingrid Berry-Clay (Chuck Berry's daughter who has been performing with her dad since the '70s) Dad has done this a couple times since, but I'll never forget the first. He was playing at Blueberry Hill and broke a string. As the guitar was being restrung, he took out this roll of tissue from his pocket. Nothing was written on the tissue, but he started unrolling it like a scroll and pretending to read from it. He told this beautiful story about a poor man in the South who was writing to his relative up North who'd gone to seek work and send money home. Dad is doing this off the top of his head, mind you, and I'm onstage looking on in utter amazement. I don't know what you'd call this type of inventive and poetic storytelling, but I refer to it as the "rags to riches letter." 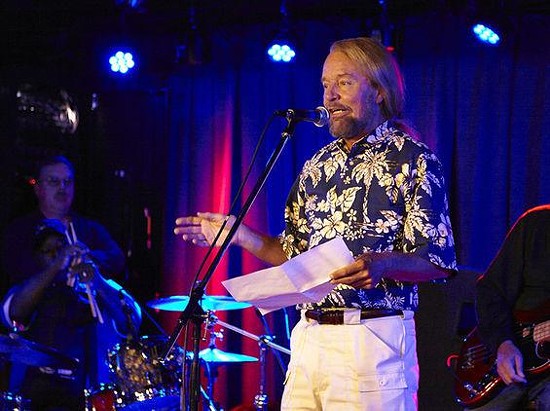 Joe Edwards I've got a lot of great memories, but one of my favorites is when Joe Perry of Aerosmith came in town for Chuck's 80th birthday. Aerosmith was on tour at the time [October of 2006], and Joe had his bus driver veer off course to come here. Joe and his wife Billie came to Blueberry Hill and spent the whole afternoon with Chuck's family. During the show Chuck invited Joe onstage. That was electrifying.