The Ten Best Shows in St. Louis This Weekend: January 10 to 12 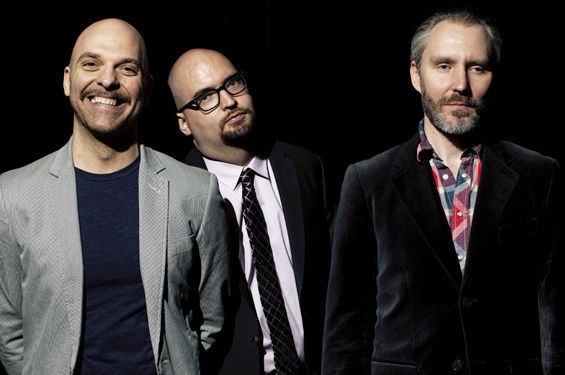 Guess what? RFT Music has a fever, and the only prescription is more concerts. OK, but seriously, I'm in bed in between a series of psychedelic fever dreams and just OD'ed on some flu meds, so we'll keep this short. I want to be well enough in time to make it to some of these shows, after all. See what's in store after the jump.

See also: Bands, Promoters and Music Fans: Here's How to Make Sure We Cover What Matters To You

David Garrett w/ Martynas @ The Fox Theatre 8 p.m. | $30-$100 Garrett is a German pop and crossover violinist and recording artist -- this is not your average concert. Step out of the box a little! (DH)

Fabolous @ the Coliseum 8 p.m. | $25 Brooklyn's Fabolous has been hip-hopping since his debut release, 2001's Ghetto Fabolous, and bumping elbows with the likes of Lil Wayne, Psha T and Joe Budden ever since. (DH)

Highway Heat CD Release @ The Gramophone 9 p.m. | $10-$13 A little bit of heat sounds nice after all of that damned snow, eh? Pick up the local group's latest CD while you are warming your frostbitten hands. (DH)

Check out some more recommendations for Friday night from out weekly Out Every Night round-up: the Bad Plus, Motel Mirrors, and Bassamp and Dano with comedian Marty DeRosa.

Hemmingbirds w/ Humdrum, CaveofswordS @ The Demo 9 p.m. | $8-$11 Indie pop/rock tour-de-force the Hemmingbirds of Chicago brings some jangly tunes to the Lou. Check out this show for much merriment. Streaming tunes available here. (MS)

Matt Pryor w/ Phineas Gage Band @ Off Broadway 8 p.m. | $12 Somehow between working on new material for the Get Up Kids and the New Amsterdams, Matt Pryor found the time to start a solo project. The latter of the two bands was recently jettisoned, though. Probably for the best anyway. (DH)

Also on Saturday, catch Zero Boys at Fubar and Mac Lethal at 2720. And check out this week's music feature to learn more about Chicago,'s Cheer-Accident, playing at the Schlafly Tap Room.

For yet another option this weekend, check out Jake Leech with Wax Fruit, Neatly Knotted and Nevada Greene at Blank Space on Sunday.