Phil Anselmo on Playing Metal: "This Is Not Rocket Science" 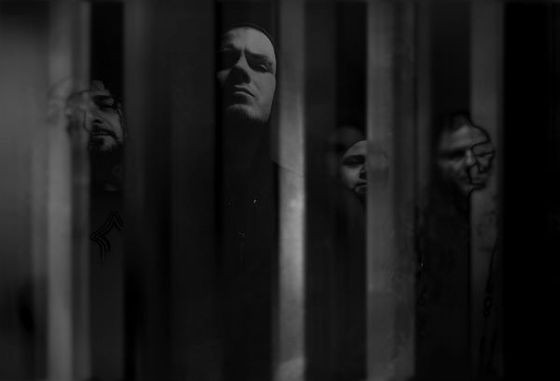 In the wacky world of heavy metal, there ain't a whole lot that Philip Anselmo hasn't seen, heard and done. In addition to helping change the sound of mainstream metal as frontman for Pantera, the outspoken singer has toured the planet with sludgy supergroup Down, released records with a slew of side projects and even started his own label, Housecore Records, to help shepherd the careers of up-and-coming bands like haarp and Warbeast.

The only thing he hadn't done, until recently, was perhaps the most obvious move of all for a stone-cold, certified metal god: put out a solo album. He accomplished that feat last year with the help of a new backing band, the Illegals.

Far from the slick, over-produced moneymaker that many of his rock star peers gone solo have opted to record over the years, Philip H. Anselmo and the Illegals' Walk Through Exits Only is a brooding, introspective and challenging record -- not to mention brutally heavy. St. Louis fans will get their first taste of the new material live on Monday when the band bangs into Pop's Nightclub in Sauget..

Anselmo could easily pack a much larger venue with Down, and surely he isn't doing this tour for the money, so why bother stepping down to the smaller stage?

"I like the small stages," says Anselmo in that deep, crackling voice that has always seemed to belong to a man hundreds of pounds heavier. "Matter of fact, on this particular run, that's what I begged for. I said, 'Let's play some very small, intimate places,' because it's just a different experience, and it's really something I enjoy.

"I've played on every size fuckin' stage in the world over the years, and it's good to get back on the smaller stages because it's where I started," he adds. "And honestly, it's something that's just a good reminder of where you came from."

Staying in touch with his roots in the heavy-metal underground has always been important to Anselmo, even when he was riding high in the '90s as arguably the genre's biggest star. Walk Through Exits Only was never designed to sell even a fraction of the units that Vulgar Display of Power moved twenty years ago, or even match the rather more modest sales of Down's last EP. But that doesn't mean that the Illegals are just another side project.

Anselmo wrote the entirety of Walk Through Exits Only himself. These grim and gritty tunes are the only music the singer has seen fit to slap his own name on, so don't expect the band to disappear once this leg of the tour is over with.

"We've got a lot of European dates going, too, in the summertime of 2014, so our work is hardly done," Anselmo says. "Really, I'm going to feel it out. Of course, I have the new Down record that's just about wrapped up, and I'll be doing some touring once that sucker comes out. I do believe, as long as I concentrate on Down and the Illegals, specifically, there's going to be time for both."

The forthcoming Down EP, set to be released before the spring, will feature the talents of Austin Texas' Bobby Landgraf, who replaces Crowbar axeman Kirk Windstein in the group.

"We are looking at it as a permanent situation," Anselmo says. "Down is Down, but still when you have a talent like Bobby, of course you want to show it off and let him be him. He's a great Southern-rock guitar player, and if anything, all we've done is to put into his mind, I guess, the Black Sabbath of it all.

"With this new EP, man, all I can think of is Black Sabbath and the other bands aside from them that are really responsible for Down even existing, which are these early '80s bands that were influenced by Black Sabbath -- Witchfinder General and St. Vitus," he adds. "So, that's the vibe I'm catching: a very old metal vibe with this new Down."

When the Illegals tour wraps up in Europe, it'll be just about time to go back on the road with Down. Did we mention this guy runs his own record label and is already tinkering with ideas about the second iteration of his Housecore Horror Film Festival? With so many active projects requiring his attention these days, it's a wonder how Anselmo finds the energy to attempt it all, let alone accomplish everything -- particularly since he's been suffering from chronic back pain for more than a decade.

The key to keeping up, he says, is knowing when to take a break.

"All this comes with age and experience, for God's sake," he continues. "It's the nature of the beast, man, so you just gotta roll with it."

2014 will be another extraordinarily busy year for Philip, but that's the way the man likes it. There's too much fun to be had out there to slow down now, even if the travel and the back pain and the non-stop screaming threaten to kill him.

"I just want to put these records out, especially the new Down record," he says. "I want to tour that sucker. I want to tour parts of the world with the Illegals that we have not covered yet; cities throughout America that we passed over.

"The worst part about touring for me is gettin' there; the traveling part," he continues. "So I'm going to try to chill out, relax, take the trip, not stress out on that, and just get to the gigs, perform to the best of my ability and have fucking fun with it, man. Because this is not rocket science: This is something I've done since my teens. Once I'm there at gigs, no matter what it is, man, I have a fucking blast. So I'm really just going to concentrate on having fucking fun this year."