The good people of KDHX (88.1 FM) will be hosting a discussion this weekend about how up-and-coming musicians can get their music on the radio. The conversation will not just focus on the local station itself specifically, but it will include tips for breaking into national radio as well.

This Saturday, January 11, KDHX music director Nick Acquisto will be leading the informative event, set to take place at the newly opened Space at KDHX in the station's newly opened building, as part of its ongoing "Get Down to Business" series (watch for much more info on the new digs in next week's print edition). 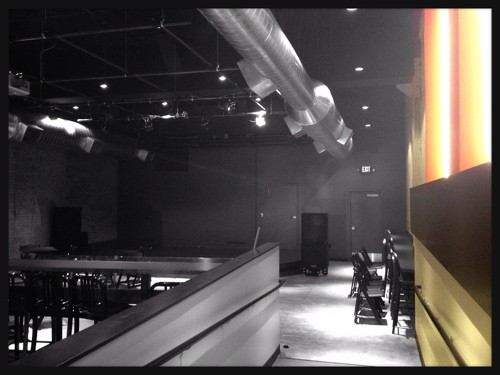 We spoke to Acquisto, as well as chief engagement officer Kelly Wells, to get the full scoop on the community-based event.

Daniel Hill: Could you tell us a little more about the "Get Down to Business" series?

Kelly Wells: KDHX's "Get Down to Business" series is a series we created to support local musicians in their musical career endeavors. Once per month we host a clinic led by an expert where musicians can learn, hone skills and ask questions. We've hosted clinics like "Ask the Music Lawyer," "DIY Recording" and "Guitar Maintenance." Upcoming clinics will include "Music Marketing" and "Booking a Successful Tour." Our goal is to inspire and educate both aspiring and veteran musicians toward a successful musical career.

Does KDHX have more series like this one planned for the new space? What other events do we have to look forward to?

How do you think the importance of "getting on the radio" has changed in the Internet world? Is it still as vital to a musician's success as it once was?

Nick Acquisto: Yes, radio still plays a vital role in the success of artists at all levels that want to be heard. The type of radio that KDHX does is DJ-curated and offers exposure for a wide variety of new music and great music that typically needs to be otherwise much more sought out. KDHX is perfect for people who are music lovers and casual listeners, who don't have time to look for music that they are excited about online all the time and aren't getting the stripes of music they like easily delivered to them. Just turning on the radio while driving, working, cooking, etc. is about as easy as it gets.

Aside from listeners finding out about music conveniently through radio, local St. Louis artists and bands without as much national attention that deserve more exposure based on quality alone can be overlooked by Spotify, Pandora, satellite radio and other ways that people listen to music outside of terrestrial radio. With us, there is this real by-the-community, for-the-community mentality. We're a community of music lovers -- DJs, bands and listeners alike.

Don't give it all away, but could you provide clues as to what kind of tips might be discussed at the event?

Acquisto: With as much music as the station receives, and seeing what has risen to the top over the years, I have some good suggestions on how to craft and write one-sheets, which are standard with radio and media. I'll discuss the essential information that stations need to have about your release, which bands often don't realize. Basically, how to make the album stand out to DJs and music directors amongst the hundreds they are receiving. It'll be loose and informal, with a Q&A. Basically, if you are in a local band, it will be worth your time.

The workshop takes place on 1 p.m this Saturday at KDHX's new home in Grand Center at 3524 Washington. Admission is free.