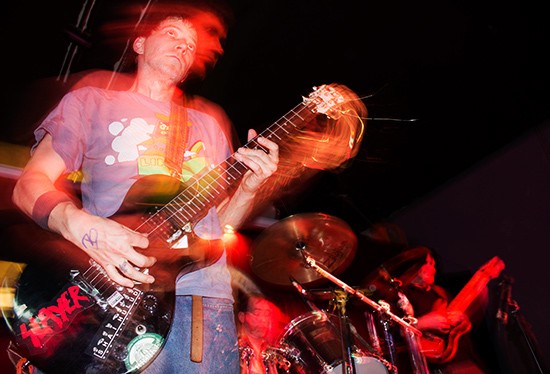 For the month of January 2014, I offer you a few entry points into the realm of experimental music. The first show on January 11 features rock-based bands with songs driven mostly by guitar. You won't find any "noise" or random improvisation. January 23 at Apop Records has a traveling showcase of electronic acts who explore genres of dance, electro and ambient music. Lastly, the Regional Arts Commission, in partnership with the HEARDing Cats Collective, will host a groundbreaking performance based on sensory depravation. These things exist. See for yourself.

The new year brings feelings of new beginnings and fresh starts. I started this column last year with one goal in mind: connecting an audience with new music. I'll admit though, upon hearing the terms "noise" and "experimental" one decade ago, I passed it all off as "hipster." Using genres to describe music is a headache, because the second someone hears a word they don't like or identify with, you've lost them. Here's a comparison:

Would you expect a soda drinker to appreciate the subtleties of a craft beer? Maybe you're not a beer drinker, but the comparison is apt. In order to appreciate fine liquor, one's tongue must become acclimated over a series of drinks. Sure, some are born with a thirst for bourbon, but the taste of alcohol must be overcome before one can understand the nuance of a drink. As a music fan, don't force shots down your friend's throat.

Cheer-Accident with Yowie and The Conformists Saturday, January 11 9 p.m | free

Four months ago, Chicago's Cheer-Accident headed out to Europe to play the legendary progressive-rock festival Rock in Opposition 2013. Since its return state side, the band has been in hibernation, writing and recording. On January 11, Cheer-Accident comes out of hiding for a rare jaunt to St. Louis. The band, led by luminary Thymme Jones (also known for You Fantastic!, Yona-Kit and Brise-Glace), pulls from more than twenty years of albums for a set that blends noisy instrumentals, odd pop and lush post-rock.

Openers include Yowie and the Conformists, both bands known for pushing boundaries of experimental rock in the Midwest. Yowie takes on neo-classical music built on atonal guitar riffs and scatter-brained drum beats. The Conformists brings a much murkier sound, forming brooding songs with bizarre textural shifts. The result is an ideal match of noise and rock with dark humor. Everything here is needlessly complex with a tongue planted firmly in cheek.

Lazy Magnet is the multifaceted alias of Jeremy Harris, an all-too-prolific artist whose work includes subversive pop, snarling punk and other genre-mixed jams. With Lazy Magnet, the focus has been on Harris' solo performance, be it in the form of electro tunes or spiritual drones. Lazy Magnet is best in a venue like Apop Records, where the art and surrounding walls perfectly match the tone and mood of the music within them.

Lazy Magnet leads the traveling troupe of Noise Nomads, Tether and Dungeon Broads to offer a varied gig for electronic music fans. Between the four performances, expect a wild range of sounds -- a great starting point for showgoers hungry for something new. 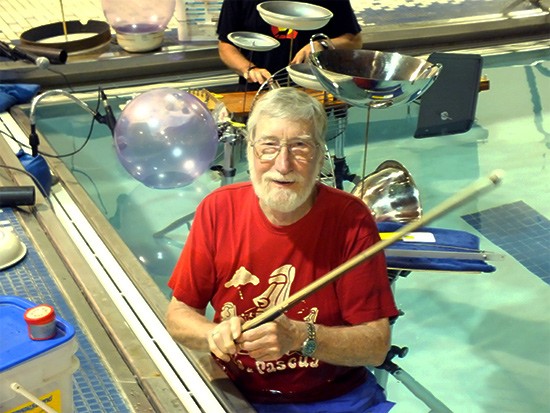 The last time Rich O'Donnell and Doc Mabuse invited us to a show, it involved stripping down to our skivvies and jumping into the pool at Webster University. Like Aqurld Waves, their underwater concert in 2013, O'Donnell and Mabuse seek to alter the senses as part of the performance. With HEAR WHAT YOU DON'T SEE, the audience will be treated to short pieces of experimental music in a pitch-black environment.

The idea here is that without sight, the audience will focus on how the brain discerns sound without visual context. O'Connell and Mabuse will explore this darkness with music, using percussion, synthesizer and guitar. Regional Arts Commission provides a safe environment for the piece, and it's open to all ages.

Think I left something out? Piss off! No, actually, you're probably right. I usually cap this column at four or five shows. Share what you know in the comments below. For the future, drop me a line any time at joseph.hess@riverfronttimes.com