Out Every Night: The Best Shows in St. Louis From January 6 to 12 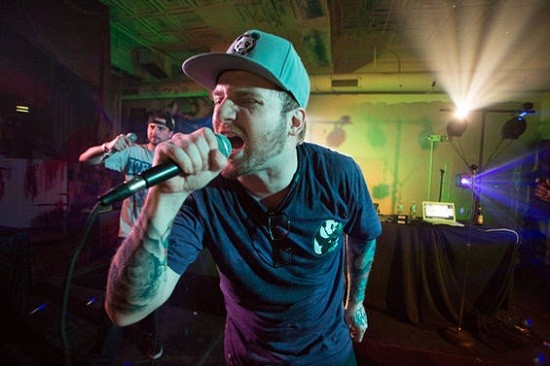 Due to Snowpocalypse 2014, RFT Music will go ahead and assume that Monday evening's shows will take the night off for safety's sake. If for some reason, there's something going on tonight, feel free to let us know in the comments, you brave, brave souls. Take some time defrosting today, and keep fingers crossed for a speedy recovery for the streets of St. Louis so we can return to our regularly scheduled program. This week, look forward to Mac Lethal, Motel Mirrors, the Bad Plus and more.

The Stone Sugar Shakedown Tuesday, January 7, 9 p.m. @ The Gramophone - free By RFT Staff From the 2012 RFT Music Awards: When the average citizen thinks of jam bands, names like Phish and Widespread Panic come to mind. But Led Zeppelin jammed too, and Stone Sugar Shakedown's blues-steeped explorations tend to resemble the latter. The band sounds and looks transplanted from the 1970s, with hints of the Blues Brothers and Funkadelic, and it doesn't hurt that singer Tracy Gladden can alternately channel Grace Slick and Roberta Flack. It is no surprise that Stone Sugar Shakedown is incredibly active with appearances at clubs and festivals throughout the Midwest. The band is a crowd pleaser; it is sometimes funky, sometimes psychedelic, but it always infuses its tunes with an energy that only true believers in the power of rock can embody.

The Bad Plus Wednesday, January 8, 7:30 p.m. & 9:30 p.m. (performances also available January 9 to 11) @ Jazz at the Bistro - $15-$33 By Mabel Suen The more time musicians spend playing together, the better the chemistry. Such is true of Minneapolis' the Bad Plus, a trio that knows just how to perfectly balance the musical cogs of each of its modernized jazz melodies. In its dozen-plus years constructing vibrant songs together, pianist Ethan Iverson, bassist Reid Anderson and drummer Dave King have clearly learned to read each other's moves. Each member performs with technical proficiency yet knows just how to let loose. Interlocking parts leave just enough slack for subtle improvisation in the way of poignantly plucked bass strings, shimmery cymbals and snare hits and delicate arpeggios via ivory keys -- no one set is performed exactly the same way. 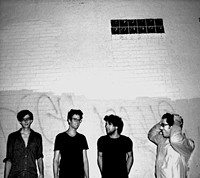 The Brainstems Thursday, January 9, 9 p.m. w/ Wild Hex, Rat Heart @ Schlafly Tap Room - free By Roy Kasten From the 2013 RFT Music Awards: Squalid and demented, Brainstems splices pure punk madness into the primal cortex of rock & roll. With frequently sub-three minute songs about swamps, parties and River Des Peres, the band whips up a maelstrom of guitar fuzz and vocal fury. At times, Brainstems might recall the Replacements at their shittiest-sounding and drunkest, and at other times it will sound like the Troggs trying to get you to dance so hard you hurt yourself. Most importantly, the members of Brainstems have had a blast making their own brand of noisy rock, and that's what rock & roll is really all about to begin with.

Motel Mirrors Friday, January 10, 8:30 p.m. w/ Amy LaVere, John Paul Keith @ Off Broadway - $10-$15 By Roy Kasten It was but a matter of time before Amy LaVere and John Paul Keith had a meeting of the musical minds; their musical hearts were already drawn to the same shared influences. The Memphis songwriters and band leaders both gravitate to honky-tonk, rockabilly and swamp pop, like dive-bar lifers paying tribute to jukeboxes they'll never have a hit on themselves. As Motel Mirrors, LaVere and Keith dust off a host of classic roots covers -- from Johnny Cash to Buddy Holly to George Jones -- and dust up their originals with classic country harmonies and revved-up rhythms. For this tour Motel Mirrors features Austin, Texas, blues guitarist and songwriter (and LaVere's significant other) Will Sexton.

Bassamp and Dano Friday, January 10, 9 p.m. w/ Comedian Marty DeRosa @ The Firebird - $10 By Michael Dauphin From the 2013 RFT Music Awards: It would be downright unpatriotic to not be entertained by the Ford-tough, Second Amendment punks Bass Amp and Dan-O. The duo likes their beer cold, their cable TV loud and their Ramones riffs blazing. If Toby Keith had more of a sense of humor, he'd start a project like this and tap the Queers to back him up, but Toby Keith simply isn't half as clever as these two shit disturbers. Bass Amp and Dan-O are like the deep-fried Twinkies of punk rock: It's overly ignorant and incredibly catchy; so much so that you find yourself singing along to words that you would otherwise never speak in public.

Zero Boys Saturday, January 11, 8 p.m. w/ The Scam, Ultraman, Scene of Irony, The Haddonfields @ Fubar - $15 By Jenn DeRose The Zero Boys represent the best of early-'80s hardcore punk, with musical diversity and skill unusual for the genre in its infancy. Hailing from Indianapolis, Indiana, its isolation from the budding hardcore movement on the coasts may have contributed to its distinctive sound. The Zero Boys are instantly recognizable for snotty vocals practically dripping with boogers, a throbbing, manic rhythm section and frantic guitar fills that dip into thrash metal. The classic 1982 album Vicious Circle is packed from end to end with snarling jams that touch on the typical tropes of punk: drugs, sex and the awful state of radio rock. "Civilization's Dying" digs deeper with meditations on violence as the great equalizer: "For the Pope/and the president/all got one thing in common/ they know it ain't no fun to get shot with a gun." When O.G. punk bands visit St. Louis there is a veritable smorgasbord of local acts to support them. This lineup includes Ultraman, another Midwestern old-school heavyweight.

Mac Lethal Saturday, January 11, 8 p.m. w/ Brett Gretzky, Seymour Awesome, HenTron @ 2720 Cherokee - $12-$15 By Bob McMahon From this 2011 show review: It shouldn't surprise anyone that Mac Lethal is able to improvise. After all, the Kansas City rapper won the emcee battle at the venerable Scribble Jam festival in 2002. This quick thinking came in handy when he was faced with a sparse attendance of around 40 people at the Firebird last night. After rapping a handful of songs with his hype man Patric, Mac Lethal turned a scattered crowd into an intimate one by inviting everyone to enjoy the concert from onstage. From there, Lethal did a few songs a capella including a stirring versions of venomous breakup anthems "Citrus" and "Heart of a Pig," the latter of which featured solid beat-boxing from Patric.

Jake Leech Sunday, January 12, 8 p.m. w/ Wax Fruit, Neatly Knotted, Nevada Greene @ Blank Space - $5 By Joseph Hess From this 2013 profile: Ambient sounds serve a much different purpose than say, a well-crafted pop hit or straight-ahead punk song. Sure, we know how to mosh, run in circles or bob our heads when the proper song calls for such a reaction. How then, do we react to an aural drone that moves like a musical mantra? One might find themselves moving to a non-rhythm, or sitting cross-legged in meditation. Jake Leech believes you could operate complex machinery. Rather, Leech prefers that you throw on his latest cut, Brightest Night to Memory, and explore downtown Clayton in a moving vehicle. Having spent the better part of his teen years living in the suburban city, Leech taps into the energy of a place so safe, yet so close to the famously "dangerous" St. Louis.