A Rough Guide to Choosing Your First Bandmates 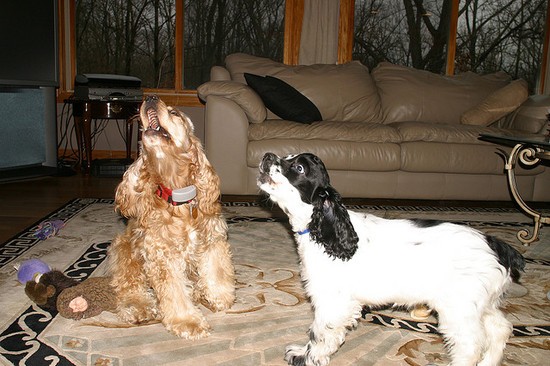 Dear Fan, I have almost no technical musical capabilities. However, for some reason, I have recently found myself in a situation where a few people are interested in making music with me, I suppose due to my tastes, attitude and general involvement with DIY. This would be purely for fun and I am by no means trying to "make it" beyond creating something that I think is good. I'm trying to decide who to play with. On the one hand, a couple of my best friends want to start a band. On the other hand, a friend who I don't know as well, but with whom I think I have more shared music/art tastes and band-oriented goals, also wants to start something. I know I don't have time for more than one project right now. Would you play with your best friends or the person who seems more musically compatible?

Dear Firsty, Congratulations. This must be very exciting for you -- and it should be. Both of your options are promising, so there is really not a bad one between the two; also, if one doesn't work out it's not like you suddenly turn into a fallen woman -- your other friends, or maybe their friends will want to play with you. Or maybe you go solo. Or maybe you never be in a band again! WHO KNOWS! That is the excitement of it. Your first band is rarely your forever band, unless you're Michael Stipe or Salt n' Pepa.

Ultimately, the choice here is speculative -- you mostly have hunches to go on. We can indulge a half-dozen parallels and mixed metaphors about dating here -- but it comes down to this: You can have all the chemistry in the world but once you get in bed it can sometimes still be, uh, sparkless. Or vice versa: You can have great sex with someone who's dull at dinner. But even if it's good, you are not going to know if it's actually magical until a month or two in.

Being in bands with other beginner types is fun, especially if you are friends and it's not some careerist endeavor. The downfall of beginner-on-beginner bands is that sometimes it's hard to figure out the machinations of being a band, running a practice, writing a song and figuring out what is a good song. It can be slow going even if you are ambitious and practice tons. The fun of it is that you figure it out together, and it can be as bonded and as intense as family.

Being in a band with a more experienced person can also be valuable, especially if you are looking to get into motion more quickly. It can also be kind of frustrating if you're just learning an instrument and they're not entirely willing to make space for that magic. If they are smart, however, they will. Playing with established folks (especially a good drummer) can raise your game quite quickly.

I started a band with a best friend when she was just learning to play drums. It was one of the hardest but most rewarding friendship experiences I've ever had -- even at its most bitterly frustrating, when one of us would storm out of practice shouting or crying, it just made the band mean that much more to us (even though it went approximately nowhere). Starting a band with friends can also show you their previously hidden sides -- the dictator, the person who is always late and always needs a ride, the person who talks a big game, the (wo)mansplainer. It can be really agonizing to try and work around that new knowledge in the context of your day-to-day work with them.

The key is to talk to these two friends/band options and see what they are thinking. How often do they want to play? What in their dream of dreams do they want the band to become? What are their expectations on your time? Is this just a seasonal fun band?

And then you do the same: Get on the level with them about whether you can practice more than one night a week or tour at some point, or just wanna keep this on the basement show low.

From there, I would go with whoever feels more like a solid, training wheels situation. You want to work with someone who can support your ideas of what a beginner brings to the table -- the sort of magic and enthusiasm and happy accidents that established musicians spent their lives trying to recreate.