The Ten Best Shows in St. Louis This Weekend: December 27 to 29 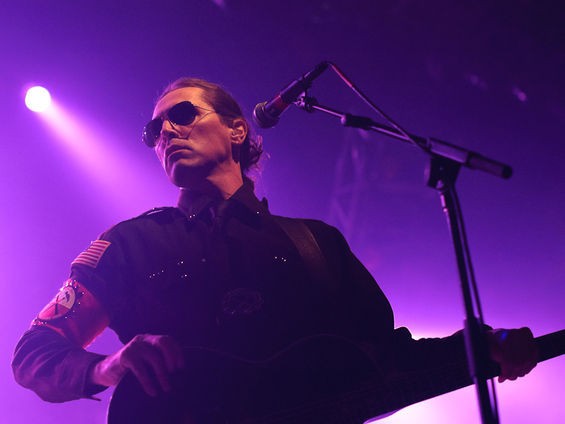 This weekend, Acoustics Anonymous and Hazard to Ya Booty put out new releases, Phat Buddha hosts a holiday party, and a couple of hometown stars -- Clownvis Presley and Kristeen Young -- play St. Louis shows. Read more about these picks and many more by checking out our recommendations. And don't forget the fine print -- plenty of other options along with previews await.

Kristeen Young w/ Illphonics, Willis @ The Demo 9 p.m. | $10 St. Louis-raised, New-York based singer Kristeen Young performs alt-pop with an impressive vocal range. Check out one of her latest videos above and check out her unique performance with openers that are as all over the board as she is.

Acoustics Anonymous Album Release w/ Clusterpluck, Electric Rehab @ Old Rock House 9 p.m. | $12 Acoustics Anonymous self-identifies as "new grass" and acoustic country funk, citing Jerry Garcia as its biggest influences. If that sounds like your cup of tea, pick up a copy of its latest album at this release show.

Also on Saturday via our critics' recommendations, go see Tilts at the Firebird, Nikki Hill at Blues City Deli, Perfect Pussy at Melt, the Disappeared at Lemmons and the Glass Cavalry at Plush.

El Monstero @ The Pageant 7 p.m. | $27.50-$42.50 El Monstero wraps up its slew on holiday shows this weekend. Catch the theatrical Pink Floyd tribute show while you can.

Weakwick w/ Brain Transplant, Stonechat @ Cafe Ventana 8 p.m. | $5 Weakwick hails from Minneapolis and though it only has two members, layers of noise and reverb-laden vocals will cause you to think otherwise. Check out its riff-heavy noise rock with a punk edge via Soundcloud. (MS)

Also from our critics' picks this week, consider grabbing a ticket to see St. Louis Symphony: Music of John Williams.