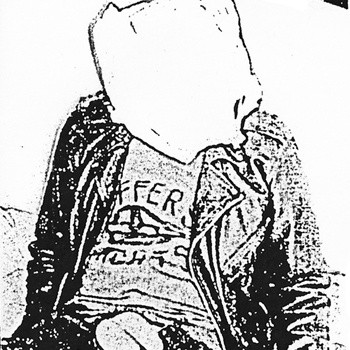 Are you sick of being responsible? Does it annoy you to have to follow rules or be pro-social? Do you like basements? Well, if you are a goofy, degenerate weirdo who doesn't quite fit in anywhere else, you might consider our city's hardcore/punk shows.Your underlying anger problems can be brought out to their fullest potential (in a positive way). These are my recommendations for great local and national bands that don't play five-minute (marathon!) songs or remind you about drink specials. General rule of thumb: If you have five bucks and can show up by 9 pm., then it's go time in the pit. One, Two, Fuck You!

Chicago's Gas Rag is coming down to give us all a reason to slam out aggression about the Cubs, toasted ravioli, Illinois drivers and other useless crap that never mattered because nothing has/does/or ever will matter. What better way to celebrate the joke that is existence than acting like a complete moron in a basement that you have hunt down the address for. Gas Rag is one of the best hardcore bands in the country, let alone from one of our storied rivals. Come tell Liquor Lord to change its name and yell for a Sheer Terror cover. Face the meat in the sex pit!

The first of a couple pre-NYE options to spend getting drunk with best of the DIY punk community. If you're compelled to do shots of whiskey and debate the finer points of Lagwagon or the Replacements, this is be the event for you to throw your money at. Plus, the Disappeared has started to play shows again after a bit of a break -- you should also prepare to develop an inferiority complex about whichever given instrument you might dabble in. Also, the suspense builds as to whether Denny from Black for a Second will still have a broken hand to keep him from playing his fancy basslines on this night.

God damn, what a band name. Anyway, here's the thing to do for everyone who doesn't want to deal with rank amateurs on New Year's Eve. This will be the euphoric gloom bash to write home to your grandparents' children about. Perfect Pussy is rolling through and bringing some catchy, angry, lady jams -- the band might even give White Lung a run for its money. The Funs will be back for the 50th time or so this year to make you smile and stuff your pockets with weird merch. Buy one of Times Beach's new tapes. This will also be Self Help's debut show (members of Shaved Women/Doom Town). Say good riddance to 2013 without that Green Day song from Party of Five.