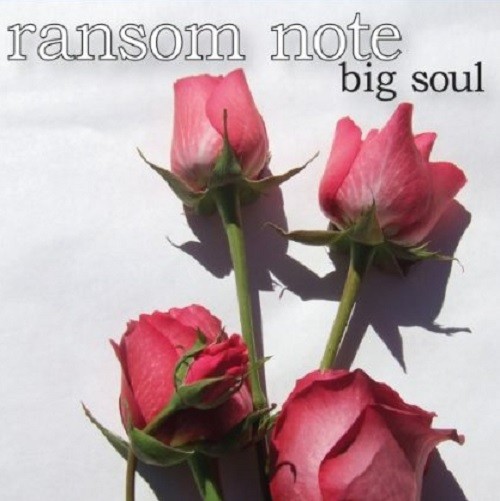 When Ransom Note made its recorded debut two years ago with It's You!, the quintet's mix of soft-rock smoothness and blue-eyed soul made for some fun, easy listening, but you'd be forgiven for not taking the band as a serious endeavor. After all, what were these local-scene lifers doing trading in their rock and folk and alt-country bona fides for some serious Silk Degrees mojo?

Those misgivings disappear on Big Soul, an album that proves that Ransom Note wasn't goofing on its debut. Here, the band has dug deeper and found a way to rock harder while plumbing emotionally blue territories.

Big Soul makes sure to earn both words in its title. Once a five-piece, Ransom Note has gone modular to include up to eight or nine musicians at a time, including horn players, backup vocalists and, on a few key tracks here, some string work care of the Rats & People Motion Picture Orchestra. The title of "Baby Blue" may recall Badfinger, but the vibe is pure ELO thanks to the swooping, churning string arrangement. As on "Russian Blue," a song this very publication named the best single of 2012 thanks to its place on the Tower Groove Records comp, the strings elevate these already well-built and carefully performed songs. Singer Merv Schrock has found his groove in the upper reaches of his range and commits to the sway of these songs.

That sway includes the soft-touch ballads similar to the ones on It's You! as well as more dynamic, R&B-flecked moments. "Are You Waiting" is a standout of the set, with Ben Parsons' guitar line cutting through piano frills and flute trills not unlike a '70s single from the Isley Brothers. Even when the effect falls flat, as on the too-spare "Falling For You," Schrock's commitment and heart-on-sleeve performances are admirable for their all-in attitude. It's a tiny shame that the album can't quite contain the live Ransom Note experience, which has transformed into one of the best live shows in town recently, but there is ample evidence of the band's continued growth in big, soulful ways.