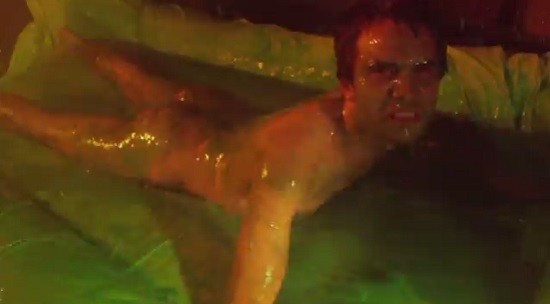 See Also: Lumpy & the Dumpers: Slime Addicts On The Prowl

The video was shot and edited by Ben Smith, himself a Dumper and long-time punk scene veteran -- you may know his work in Doom Town, Corbeta Corbata, Bill McClellan Motherfuckers (OK, that one was short-lived but warrants mentioning anyway; I still get that City Museum-inspired song stuck in my head to this day) and the Compound recordings of the early to mid '00s.

The video itself finds Lumpy (a.k.a. Martin Meyer) venturing into the sewer, promptly disrobing and quickly becoming encased in slime. I don't want to give it all away, but suffice it to say you should be prepared for a lot of naked male butt shots.

RFT Music named Lumpy & the Dumpers this year's Best New Band, and even drew parallels between the group and the 1984 cult classic C.H.U.D. ("cannibalistic humanoid underground dwellers"). This video only helps to prove our point.

Watch the full thing below.