Chance the Rapper at the Pageant 12/8/13: Review, Photos and Setlist 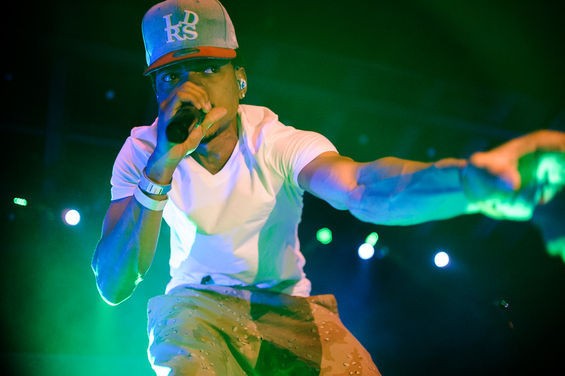 Chance the Rapper The Pageant December 8, 2013

Before anything else, before even entering the venue, there was Chance the Rapper's large, matte black tour bus with the title of his album, Acid Rap, written across the side and front in rainbow, tie-dye lettering. How could his tour bus not attract cops like a moth to a flame? The bus was pretty cool, but to have the word "acid" written on your vehicle in psychedelic colors must be a red flag for every law/authority figure in the country, amirite?

The crowd inside the venue seemed pretty young, but it was a fairly decent the turnout for a snowy Sunday in St. Louis. There were no tables or chairs inside the Pageant, presumably because kids under 21 can't control their excitement and are liable to throw and break stuff. Such a young crowd made sense because Chance himself is young -- only twenty years old.

The openers' set, DJs Spinn and Rashad, was geared toward that young crowd, mostly playing current/mainstream rap and R&B such as Rihanna, French Montana, Drake, A$AP Ferg and Lil Wayne. It was hard to tell the DJs apart, and neither one was doing much scratching at all. The one wearing glasses occasionally pressed "play" on the computer.

The only hint of old school hip-hop was the duo's sampling of "C.R.E.A.M." I was forced to Shazam most of the other songs they played, though I did know all the new Drake songs and all the words to Big Sean's "A$$." [Insert sheepish grin here]

Spinn and Rashad also played Kanye's "Bound 2", which would only have been great if it had been accompanied with the Seth Rogen and James Franco spoof. 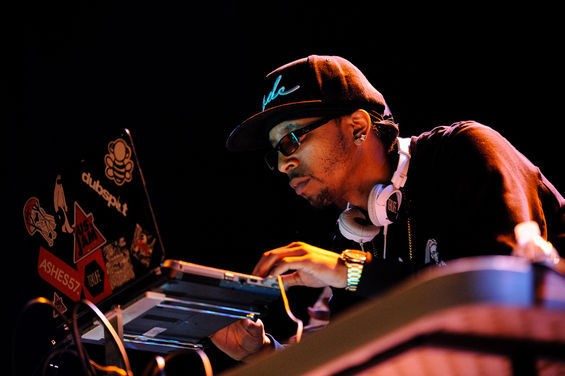 After standing with the under 21 crowd for a bit, I moved to the 21-and-up section, mostly to get away from the hoards of barely pubescent boys and this girl who was wearing gold sequined shorts with bottle-red hair, whose dancing was a train wreck. I chose to stay away from the pit. It was packed like a can of sardines. I remember a time when I was much younger and wanted to be in the midst of all of that. I also remember a time when everyone wore T-shirts and jeans to shows, a trend that seems to have died, as concerts have become neo-fashion runways. It was 25 degrees outside, and girls were still showing up in tiny-ass skirts and tops. That's an all-ages show for you; these kids have to get their kicks somewhere. Speaking of kicks, I was pleased to see two young'ns with some fresh white AF1s on their feet. Sigh of relief. 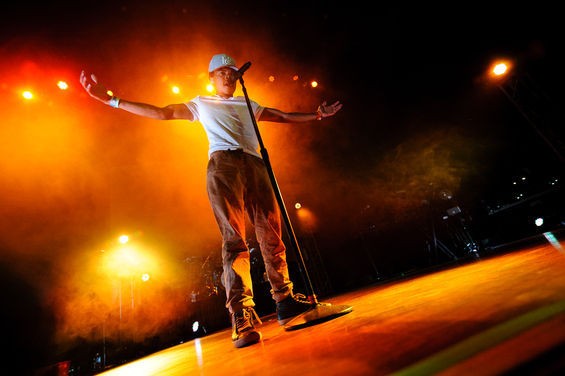 Chance came out at 9:30 p.m. to play an hourlong set. His own outfit was simple: a white tee, khakis, black sneakers and snapback. Some emcees don't have a great stage presence or great live rapping skills, but you could immediately tell that Chance is different. He's young, but that just adds to his genuineness and charm. He also danced like a madman throughout his set, exhibiting his true weirdness, which was much appreciated.

He started off with "Good Ass Intro," the first song on Acid Rap, while projecting trippy visuals on the back wall of the stage. Before he launched into "Everybody's Something," another favorite from the same album, he brought out a live band: trumpet, keys, drums and a DJ. The band was unexpected, but it was a dope choice. It added greater depth and dimension to his performance. There were also tons of strobes, which gave me a headache because apparently I'm an old lady. 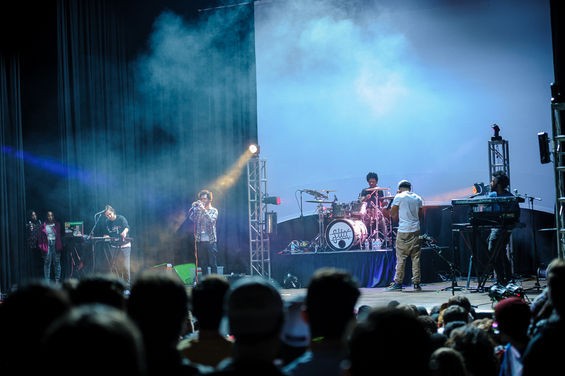 Chance continually thanked the crowd: "Thank you for making this shit real." It was probably one of the most sincere statements heard from a rapper in a while. At one point, Chance sat cross-legged on the floor, humming along while his band played; it was refreshing that he felt he could be so open about his weirdness and just do his thing.

Then the band played a cover of James Blake's "Wilhelm Scream," a song everyone seemed to know except for me (I picked a stranger's brain for the name). Even more surprising, Chance then did a cover of Coldplay's "Fix You." Toward the end of the set, he also played an unreleased song, which was marked by a fat bass but was also very MJ-esque -- dancing included.

He basically performed the entirety of Acid Rap, and everyone -- and I mean everyone -- knew the bars to every single track. The crowd finished the end of "Juice" and Chance said, "You guys are fucking crazy." The crowd packed in the pit was, for lack of a better word, turnt.

Justin Bieber's song featuring Chance dropped last night too. Chance made no mention of it as he left the stage, but as soon as Rashad and Spinn came back on and mentioned the Bieber/Chance track, everyone dipped, including me. Sorry, Chance.

Continue to page three for notes and the setlist. 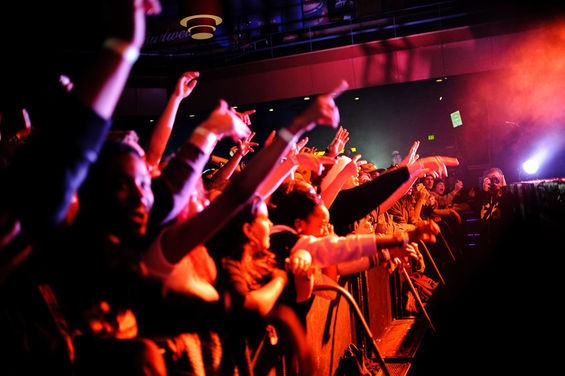 Personal Bias: I like Chance because he's genuine, weird and he raps. He proved he can spit, for real. I'll let him slide on the Bieber track.

Notebook Dump: This line from "Cocoa Butter Kisses" will always speak to me: "Used to like orange cassette tapes with Timmy, Tommy and Chuckie."

Chance: "I've never headlined a tour before. I don't know what the fuck I'm doing." Amen.

I wonder how much acid Chance has really done, to name an entire album after it.