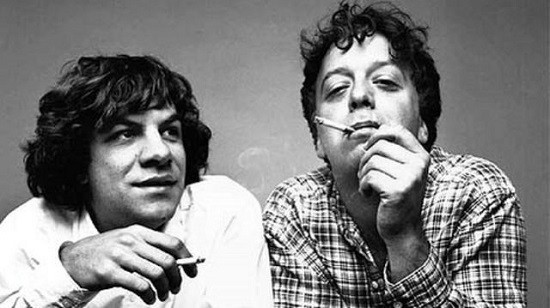 Surfer Blood. Vampire Weekend. Imagine Dragons. Bowling for Soup. Slightly Stoopid. I've ignored every single one of these bands for one reason and one reason alone: terrible band names. In this culture, we have so many things competing for our attention at all times that your brain naturally has an override mechanism that steps in and sorts things out. You'll ignore an advertisement for something you actually want because it's the wrong color scheme. Or ignore a band over something as trivial as its name. Or, in some cases, on account of its intolerable fans.

That band might be great, but the dorks that preach its gospel are so off-putting it makes it impossible to give the actual music a chance. The following six bands are nerdy in their own separate ways, but there is one unifying theme between all of them: their intolerable fans.

6. Anything Related to Mike Patton

Mike Patton is a cool, handsome, talented Renaissance man. He co-runs the fantastic Ipecac Records and has collaborated across numerous genres with myriad offbeat projects. In his earlier years, he made his name fronting two extremely influential bands -- Faith No More and Mr. Bungle. That influence on music is precisely what sends his fans crashing into the middle of this list.

Mike Patton fans are constantly reassured through their rock god that manic genre-straddling is an acceptable way to make music. An incalculable number of bands have been forged with the lofty goal of fusing jazz, death metal and dance music. But nine out of ten times the output is the same as mixing together every ingredient in your kitchen -- distinctive, boundary-pushing, festering garbage.

A secondary concern with Mike Patton fans is their grating insistence that he's some sort of unknown and underappreciated legend. Listening to music made by a guy who toured with the likes of Robert Plant, Red Hot Chili Peppers and Guns N' Roses does not make you a member of some hermetic society of special geniuses.

The members of Ween are wildly talented and their music fascinatingly strange. Unfortunately, they suffer greatly from one thing: the band's crazed fans, hell-bent on taking every opportunity possible to get you understand that Ween is best band in the world. The consequence is that the mere mention of the prolific Pennsylvanians causes the world to slam their ears shut, ignoring them further. Curiously, the only individuals I know who have ever smoked the mysterious and elusive drug DMT were all huge Ween fans as well -- possibly a coping mechanism to the years of twisting and contortion from being a Gene and Dean Ween devotee.

Alien Ant Farm fans go sweaty hand in sweaty hand with 311 and Papa Roach lovers. They can be found eating every meal at the mall food court, easily distinguished by their gigantic baggy pants. They are also the only people on earth who still spike their hair, aside from Guy Fieri and crust punks.

An example of a traditional Alien Ant Farm Fan garment.

It's quirky! And fun! And the musical equivalent of a novelty store at the mall that sells black-light posters and Albert Einstein action figures. If you aren't familiar with the band from one of the fourteen snarky bumper stickers on your annoying neighbor's car, They Might Be Giants made its most notable splash after having songs appear in Malcolm in the Middle, Steven Spielberg's Tiny Toons and Animaniacs. While those songs aren't representational of TMBG's entire career (the group has a few decent songs, actually), something about this almost perpetually upbeat nonsense attracts the kind of people who have the comedic creativity of a thirteen-year-old in a clever Angry Birds shirt. Have fun talking about Spam, sporks and children's TV shows.

Wearing a silk button-up shirt covered in dragons with oversize neon orange headphones, going home with a fresh two-liter of Mountain Dew Gamefuel with an itch to draw Dragonball Z characters -- this scenario describes the life of an average Linkin Park fan. Oh, and throw something in there about owning a lizard or reptile.

Despite all the hate on the wet-dream of greasy nerds everywhere, you have to hand it to its vocalist, Chester Bennington. After all, someone had to figure out a way to make Stone Temple Pilots even worse.

I am pretty sure this photo was taken at a Linkin Park concert.