Photographer Andrew Youssef Could Use Your Support: Here's How to Help 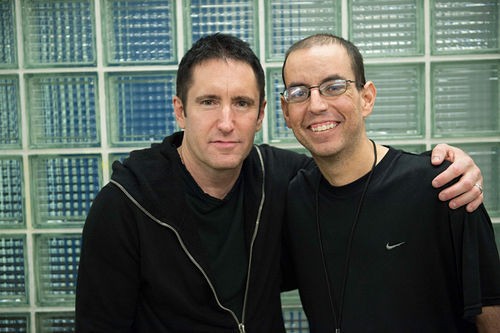 Searching Andrew Youssef's name online offers a new surprise just about every day, as more and more outlets grab hold of the story of the beloved photographer battling Stage IV colon cancer. In the last week or so, he has caught the attention of everyone from CBS News to Rolling Stone, NME and People Magazine. Of course, Trent Reznor's tear-inducing tribute to Youssef at a recent Nine Inch Nails show in Las Vegas helped a little.

And now it seems that not only is his story getting out there, but Nine Inch Nails fans and supporters of Youssef from around the world are seeking him out to get him any kind of financial and emotional support they can offer. Some NIN fans even put together a Facebook group specifically to connect and figure out a way to help. Well, now they have one.

Recently, Youssef's brother Patrick set up a PayPal account for those who would like to donate money to the family of the photographer, who are working to pay down medical expenses and various other costs of Andrew's care. All the proceeds donated will go directly to the Youssef family.

Since he was diagnosed almost three years ago, Youssef's superhuman work ethic for places like our sister paper, OC Weekly, Stereogum and his own blog, Amateur Chemist, as well as his Last Shot columns chronicling his love for music and his battle with cancer, continues to inspire the local community of music fans and journalists around him. As word about Youssef spreads, there's no telling how many advocates and supporters he has gained in just a short period of time from all over the globe.