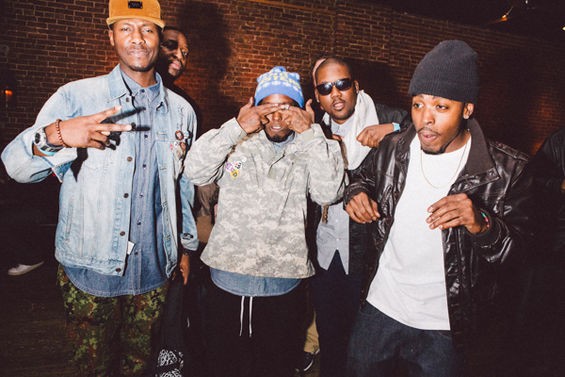 The nominees for the 2014 edition of the S.L.U.M. Fest hip-hop awards (St. Louis Underground Music Festival, for those averse to abbreviation) have been announced. Many of this year's nominees will be recognized by regular RFT Music readers -- their talent has earned them accolades from this publication as well -- alongside names you may be unfamiliar with (better start checking out everyone in that freshman class if you want to stay current). The complete list of nominees is after the break.

This year's fest will take place on Saturday, January 25, at Plush. S.L.U.M. Fest is unique in that it recognizes more than just the ability to rap -- keeping in mind that there are four elements to hip-hop -- and issuing awards for breakdancing and turntablism as well (graffiti categories are left off, because obviously).

Here are this year's nominees: 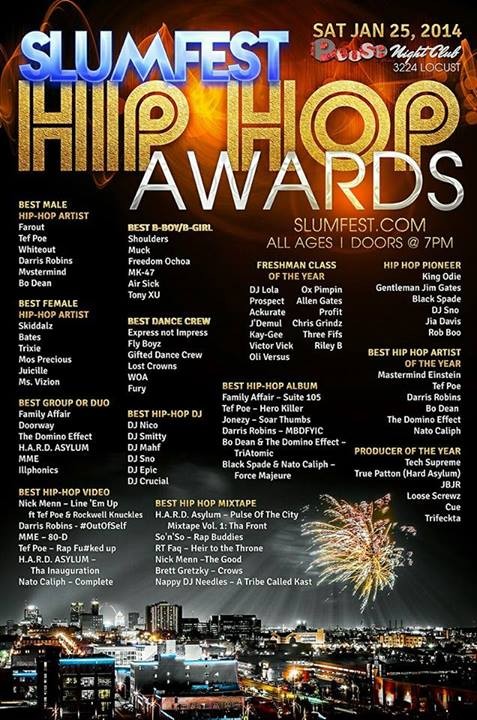