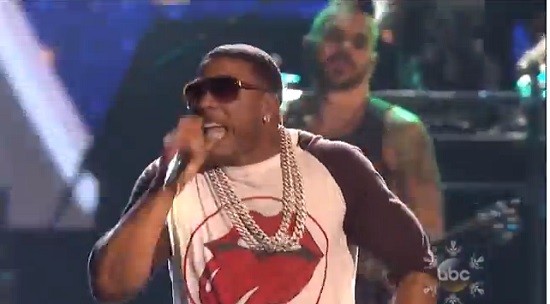 On last night's American Music Awards, hometown boy Nelly made an appearance alongside country music duo Florida Georgia Line, performing his 2001 single "Ride Wit Me" off of Country Grammar, following a performance of FGL's "Cruise," for which the band and Nelly won the "Single of the Year" award.

Below is the video of the entire performace. "Ride Wit Me" starts at the 2:30 mark. In the video below that, you can see Nelly's entire four-word acceptance speech: "St. Louis what up!"

Got to love that hometown pride.