The Ten Best Shows in St. Louis This Weekend: November 22 to 24 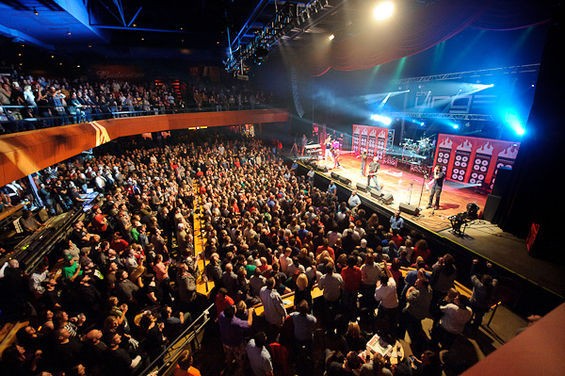 This weekend features a grab bag full of shows to go to. The Urge celebrates a CD release all weekend, local musicians pay tribute to the late great Lou Reed at Off Broadway, the Crack Fox celebrates its fourth birthday, and the Saint Louis Science Center features a star show paired with live music. Check out these recommendations and more in our weekend roundup.

Hessler w/ Truculuent Void, Manifest, Shock the Junkie @ Fubar 7 p.m. | $8-$10 Close your eyes and you'd swear you we at a hair-metal show from the '80s. Chicago's Hessler goes balls-out at every show, even if the group's female lead singer isn't physiologically equipped to do so. And no, that wasn't a sexist joke. It was a balls joke. (DH)

Also on Friday night, check out Iris Dement and the Urge CD Release (with performances also on November 23 and November 29). Click the links for more info from our Out Every Night series.

BBQ Competition Film Shoot @ The Fortune Teller Bar w/ The Ottomen 3:30 p.m. | free An undisclosed cable network films a barbecue competition, and the Fortune Teller Bar plays host by providing a wood-burning hot tub and sauna, an ice luge for drinks and drink specials for the public. The Facebook event page says that they can't make any promises about any of the 'cue to go around, but provides some tasty live jams from the Ottomen instead. (MS)

RFT Music also recommends the following shows. Click on the links for preview coverage: High On Fire, Rittz and Beers and Cheers.

The Mowgli's w/ Royal Teeth, X Ambassadors @ The Firebird 8 p.m. | $12-$14 Even if you don't show up, the Mowgli's eight members will still fill the club out nicely, but you should show up anyway. How do you even tour with eight members? Do they bring two vans? Go to the Firebird and find out! (DH)

The Slow Death w/ Doom Town, Breakmouth Annie, The Winchester @ The Demo 9:30 p.m. | $8 Note: This is not the Australian Doom Metal band, known for songs such as "Reclaimed by Dust" and "To Your Fate." This is the Minneapolis pop-punk band, known for "Suck My Ass, It Smells." Just thought I'd clear that up to avoid confusion. (DH)