Schlafly Tap Room Expands Its Concert Space: Here's What to Look Forward To 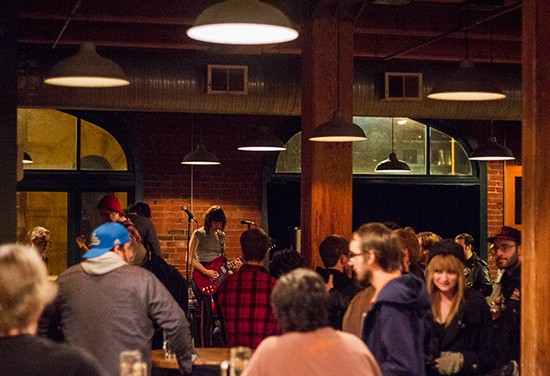 Since 2006, the Schlafly Tap Room (2100 Locust Street; 314-241-2337) has maintained a steady calendar of diverse, free concerts under the direction of in-house bartender, promoter and self-proclaimed "minister of culture" Brett Underwood. The majority of concerts have long taken place in the previously named Eliot Room, which recently got a makeover that includes a new stage and an ongoing list of acoustic improvements.

The Tap Room's music programming largely represents an undercurrent of music -- it includes local and touring acts from multiple ends of the spectrum, from folk and indie to rock and experimental. Some of Underwood's most memorable bookings there include the late Bob Reuter's last show with his group Alley Ghost this past July, the Conformists' 15th anniversary show and Chicago's progressive rock group Cheer-Accident, scheduled to return to the Tap Room in January. 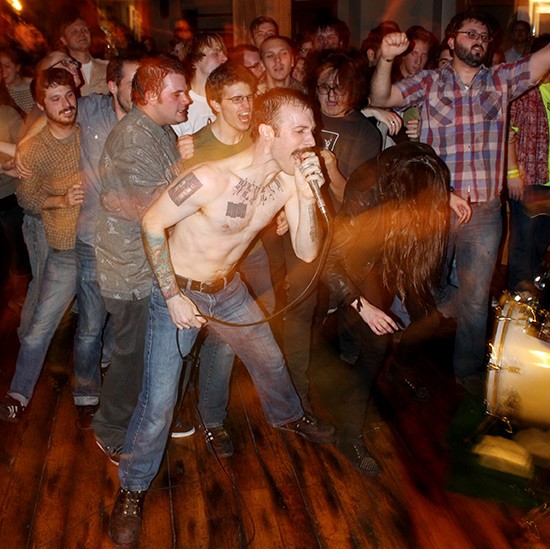 "I love the touring bands and the reason it works out -- when it does -- is due to the wealth of musicians and people we have in this city," says Underwood, an avid music fan. He expounds a long list of his past and present favorite billings, some of which can be recounted in this 2011 interview.

Prior to renovations, a wall separated bands from a small seating area, a pool table and darts. Last week, the divider came down, expanding the space and its functions. The area totals about 1,800 square feet.

The room now contains a 160-square-foot corner stage that is 15 inches high, with a house PA, a simple lighting system and acoustic improvements on the way. During the day, the room now provides additional seating for patrons, allowing the north bar to be operative seven days a week and opening up more shifts for service staff.

"To me, the best thing about the room is the view from outside now," says general manager Andy White. "You can stand on the corner of 21st and Locust and can look into this big, open beautiful bar room. The sight lines are just amazing."

With the Eliot Room no longer hosting private parties, Underwood now has more freedom over the space's calendar to book concerts every weekend without scheduling conflicts. Look forward to more of the same off-kilter programming to come.

Click through to see the Tap Room's upcoming concert calendar.

Friday, December 20: THIS CITY OF TAKERS ADMIRAL OF THE RED THE VANILLA BEANS

Saturday, December 21: 33 ON THE NEEDLE SOMA THE BOB BAND

Friday, December 27: THE SKEKSES MAGIC CITY HEROES OF THE KINGDOM